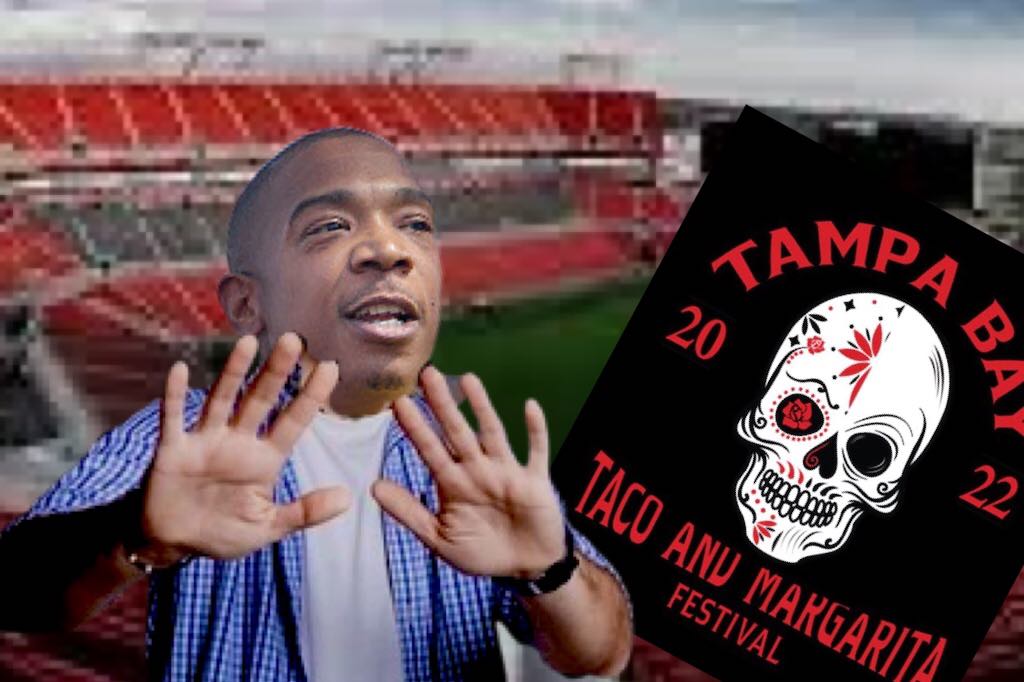 Yesterday, under cold and rainy conditions, the Tampa Taco and Margarita Fest took place at Raymond James Stadium, an event that was by most accounts, a complete disaster.

“Don’t look at me. I had nothing to do with it,” said rapper and actor Ja Rule.

What was advertised as “TAMPA BAY’S ULTIMATE TACO FESTIVAL” was supposed to feature signature tacos and margaritas created by executive chefs Brent Lewis and Casey Ryan as well as other vendors. Also, musical performances and appearances from professional wrestlers. It was scheduled to run between 12pm and 7pm with VIP ticketholders having access to the stadium’s Hall of Fame Club.

“Look, I get it. You hear about a festival that gets all fucked up, you’re automatically going to think of me,” said the multiple Grammy-nominated artist. “But I’m telling you, I am not involved.”

Reports circulated on social media almost immediately after the gates opened, indicating that long lines were causing waits of over an hour to get served. Later reports said that they ran out of food and drinks by 3pm. One extremely dissatisfied patron who claimed to have spent nearly $500 posted on Instagram that she’d experienced better VIP treatment at flea markets.

Tickets were $12 in advance, $20 on the day of with free admission for those under 13-years-old. VIP admission was $59 and was supposed to include drink vouchers, a photo booth opportunity on the stadium’s pirate ship in the north end zone and a festival t-shirt plus access to an exclusive VIP area. An “Ultimate” VIP admission was available featuring the amenities listed above plus other perks, including axe throwing. However, the t-shirts ran out before the food did and there was no axe throwing.

“So people are upset that they spent a lot of money on a poorly planned event that didn’t deliver on everything it promised? Gee, that’s awful. What’s that feel like?” said Ja Rule. “Just kidding; of course I know exactly what that feels like.”

The event was listed as being presented by the Tampa Sports Authority and AZ Food Festivals and Legends, neither of whom Ja Rule claims to be affiliated with but both of which stated that the whole thing was his idea before disconnecting their phone numbers.

“They said what?? Nope, not me. Listen, I learned my lesson, having been burnt with the 2017 Fyre Festival. Ha ha! Get it? Burnt? Fyre? Come on,” he said, biting into what looked like a day-old taco. “Man, never mind. Leave me alone.”