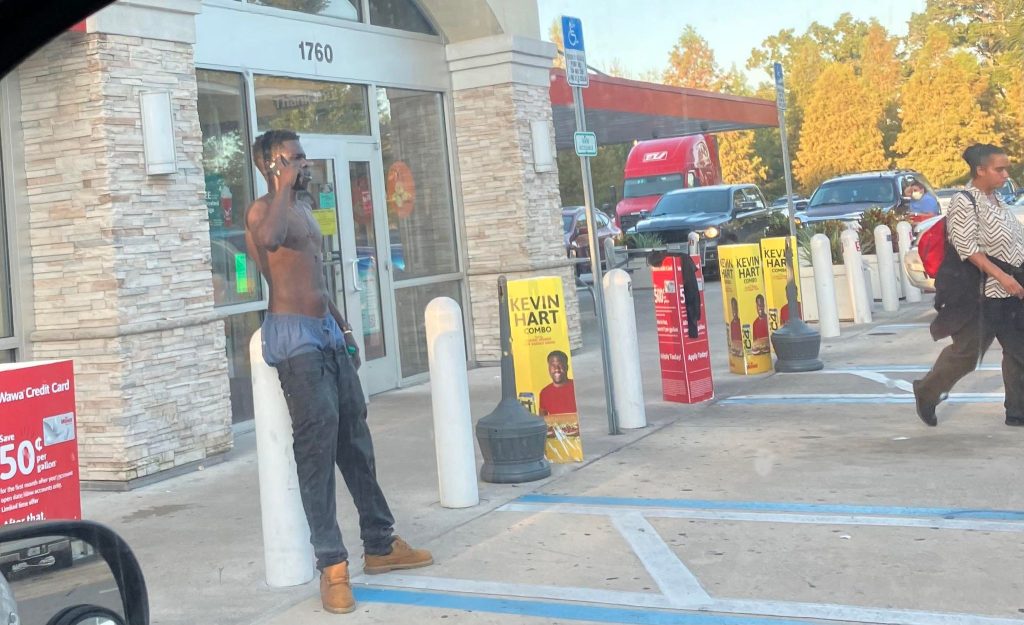 The city of Tampa has been officially ranked as the number one city in the world for human trafficking by JD Power. Not J.D. Power & Associates, the highly acclaimed American consumer research, data, and analytics firm, but this guy standing outside the Wawa at 1760 W. Hillsborough Avenue yesterday morning who said his name is JD Power.

“My name is JD. That’s not initials, it’s a word. JD motherf…” he said before I rolled my window back up as fast as I could.

Prior to that he was seen walking from one end of the parking lot to the other, between the store and the gas pumps, loudly proclaiming, “F*CK TAMPA! NUMBER ONE IN THE WORLD FOR KIDNAPPING SEX SLAVES! F*CK TAMPA!!” to Wawa customers and the cell phone he was holding in his hand. Kidnapping sex slaves is a key component of human trafficking, hence the official ranking. Credibility was lent to his claims in that he was wearing the official uniform of people who yell things at gas stations. He concluded his presentation and remarks by being removed against his will by officials representing the Tampa Police Department, who probably wish this had happened at a Wawa north of Fowler Avenue so it would have been the Hillsborough County Sheriff’s problem.

It’s not known what criteria was used to rank Tampa ahead of other cities in the world but it’s probably safe to assume that Mr. Power has been around and seen some shit, plus everybody just kind of already knows that human trafficking is a big problem in Tampa.

It is kind of nice that someone has made it official though.