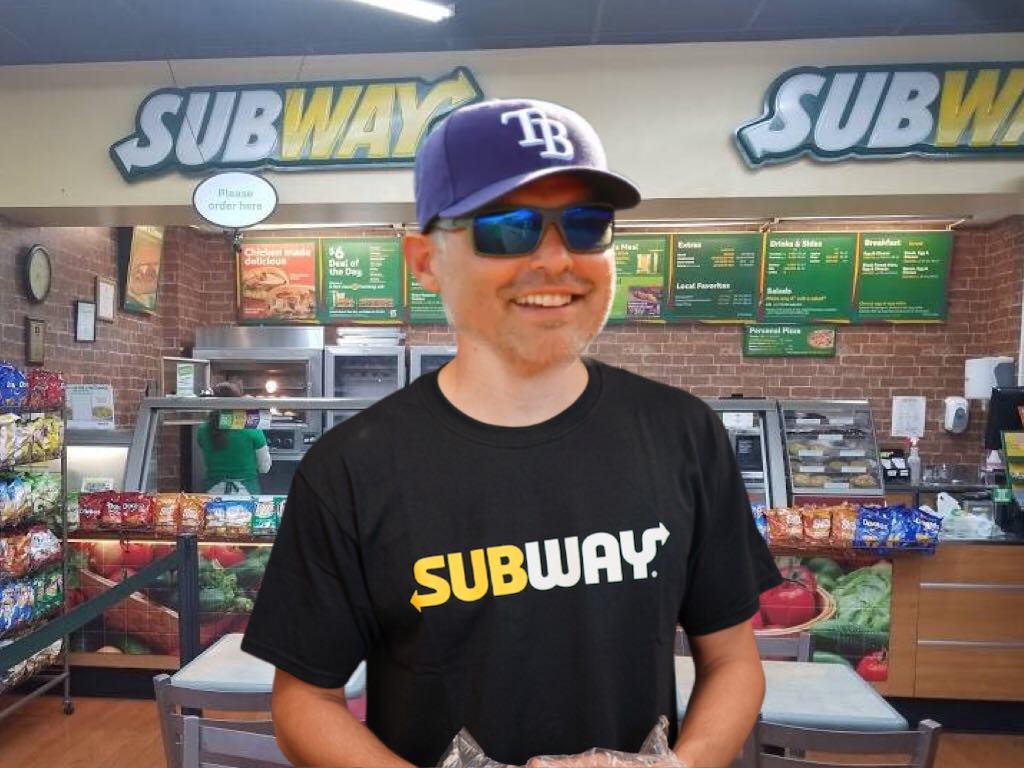 “This is a very prestigious award”, said Cash. “I feel really honored. At first, I wasn’t too psyched about having to get a second job because the Rays are notoriously frugal, but this makes it all worth it.”

“Kevin is a wiz when it comes to sandwich analytics”, said Subway Regional Supervisor Mike Rivers. “He has a real knack for knowing just when to push the Sweet Onion Teriyaki instead of the Turkey Cali Fresh and it’s paid off in a huge way for us. He came in .014% under his annual fiscal year Teriyaki budget which is just fantastic. That kind of production deserves recognition.”

“It’s a known fact that we can’t compete financially with Jimmy John’s or Firehouse or Blimpie or even Jersey Mike’s, so we have to be creative with our resources”, Rivers added. “Kevin is terrific at that. Probably because that’s what he has to do with the Rays, I guess.”

“This is really cool and I sincerely appreciate it. But to be honest, I’d trade it in a minute for another shot at the World Series. No question”, he said. “Now if you’ll excuse me, Tyler called in sick and I have to do the whole cup inventory myself.”