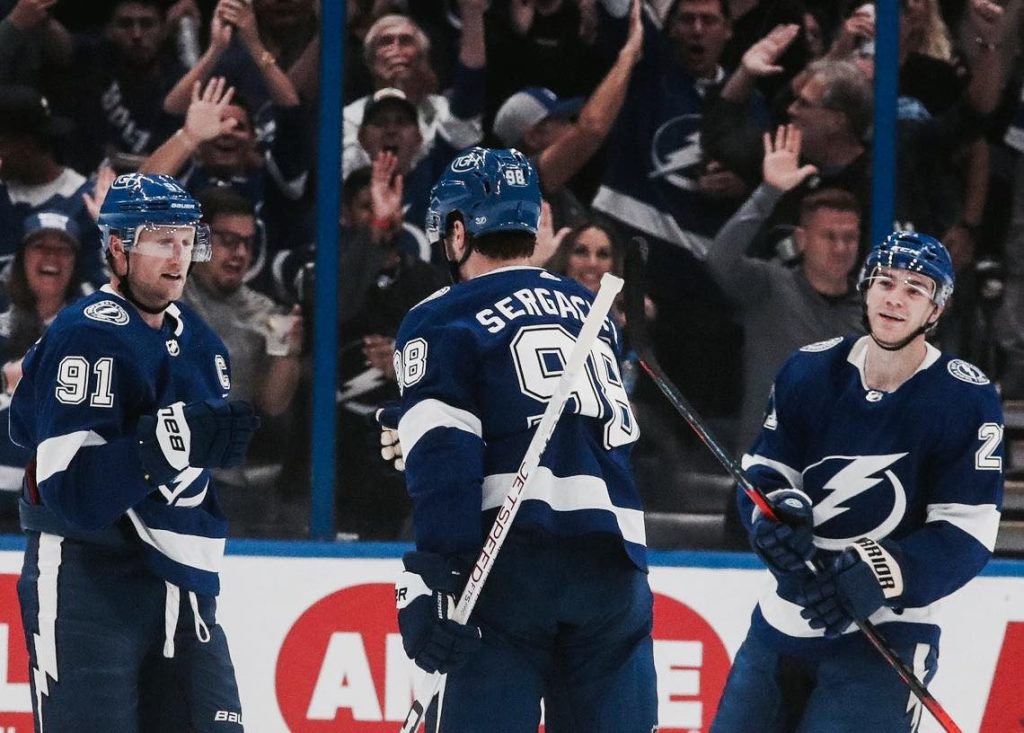 The Tampa Bay Lightning will wear their brand-new, special edition “reverse-hetero” uniforms tonight in their game against the Carolina Hurricanes at Amalie Arena.

“We already have a Pride Night every season that brings out the dumbest remarks from the stupidest people. We figured this would be a good way to engage… and enrage… those idiots,” said team gender marketing spokesperson Terry Wafflecone. “It’s not a pink or rainbow colored jersey, it doesn’t have any elements that would be considered feminine or even not-traditionally male or anything like that.”

“It’s simply a very slightly darker blue than our regular home uniform. At first glance, you probably wouldn’t even notice a difference if we didn’t tell you. We’re just calling them that because somebody noticed that ‘hetero’ kind of rhymes with ‘retro’ and we thought that was funny”, they said, shrugging. “I mean, what even is that? ‘Reverse-hetero’? It wouldn’t mean gay. It’s not the opposite of straight; it’s straight backwards! It’s nonsense. Ha ha ha ha!”

The team is already getting complaints from people who haven’t even seen the new uniforms, people delighted for another reason to be unnecessarily angry.

“I really appreciate how this organization reaches out to everyone in the community, even people like me who hate the organization for doing things like this,” said Tim Radishammer of Tampa.

“We always say ‘Hockey Is For Everyone’, and that includes dummies who are easily triggered by things outside of their specifically narrow world views for some silly reason and who take joy in expressing their misguided vitriol fueled by their ill-informed opinions. Regular people won’t even notice,” Wafflecone said. “Everybody wins!”

The team plans to wear the reverse-hetero jerseys at six more home games this season.