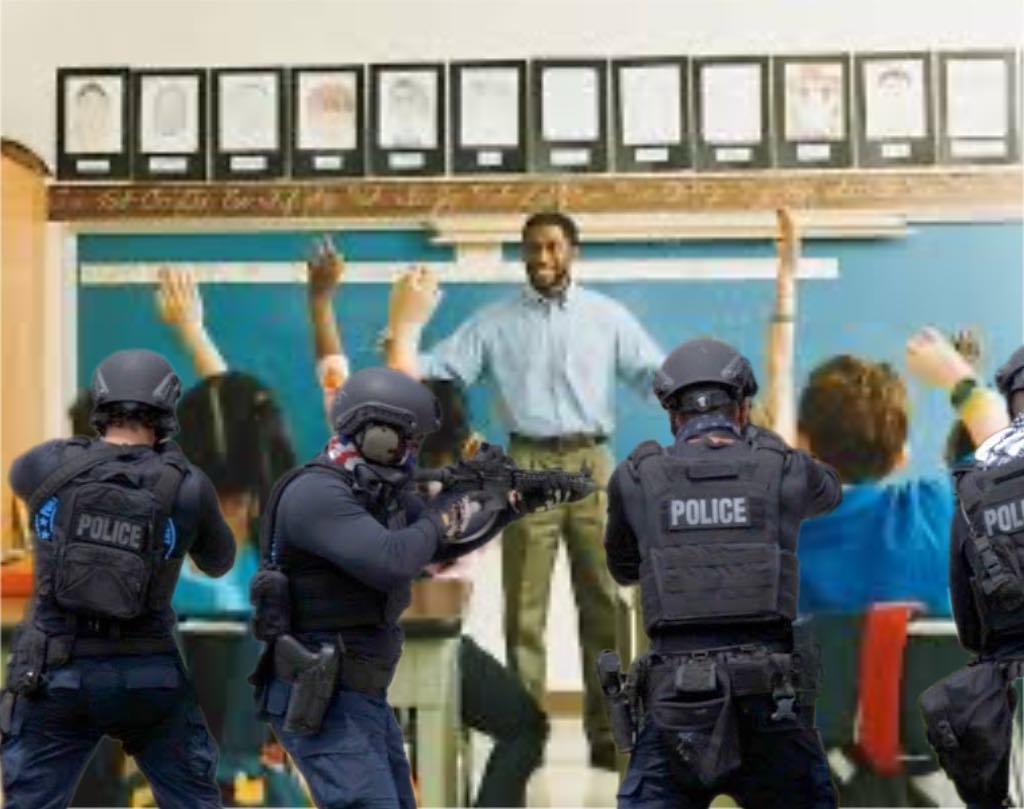 This morning, police responded to an anonymous call that a teacher may have been involved in teaching children about critical race theory. The situation resulted in an hours-long lockdown and parents being notified of the potential risk to their children. As police setup a perimeter, parents looked on in terror at the possibility that their kids might learn something that makes them uncomfortable.

“Honestly, I don’t know why our leaders have failed us. How did she even get the book into the classroom?” asked one concerned parent, as she feverishly live tweeted from the scene.

“If they wanted to protect our kids, they’d just ban the damn things!” said Art Chadwick, father and owner of Chadwick’s Big Game Hunting in New Port Richey. “They’re dangerous! There’s no reason anyone should have these books!”

About three hours into the standoff, a book destruction robot was deployed by an armored police unit. As the robot traveled down the corridors of the classrooms, it repeated a warning to anyone within earshot that it was legally blind, deaf, and severely illiterate. All of which were protective measures to ensure the robot didn’t accidentally become self-aware or worse, “woke”, and to encourage whoever had the offending literature to surrender it peacefully and somewhat anonymously.

After sweeping the building, the robot returned with ashes from “The Giving Tree” and “If You Give a Mouse a Cookie”.

At that point, Sgt. Richard McMillan called off the lockdown and gave a statement.

“One of the most important things as an officer is that at the end of every shift, every officer goes home safe. And, yes, I chose that phrasing deliberately,” he said. “And while today’s call was ultimately a hoax, we did find and destroy some probably Communist propaganda. And that’s a win. As an officer of the law, I’m more than happy to declare the school safe from indoctrination. So I’d invite everyone to go back into that public school and, hopefully, learn that the government shouldn’t provide anything for people.”

“What a powerful speech,” said Mr. Teaneck, a fourth grade educator at the school who had been moved to tears. “And I feel comfortable crying about it in an environment where no one can even mention the devil’s sexuality. I may be crying, but these are the tears of a straight man.”