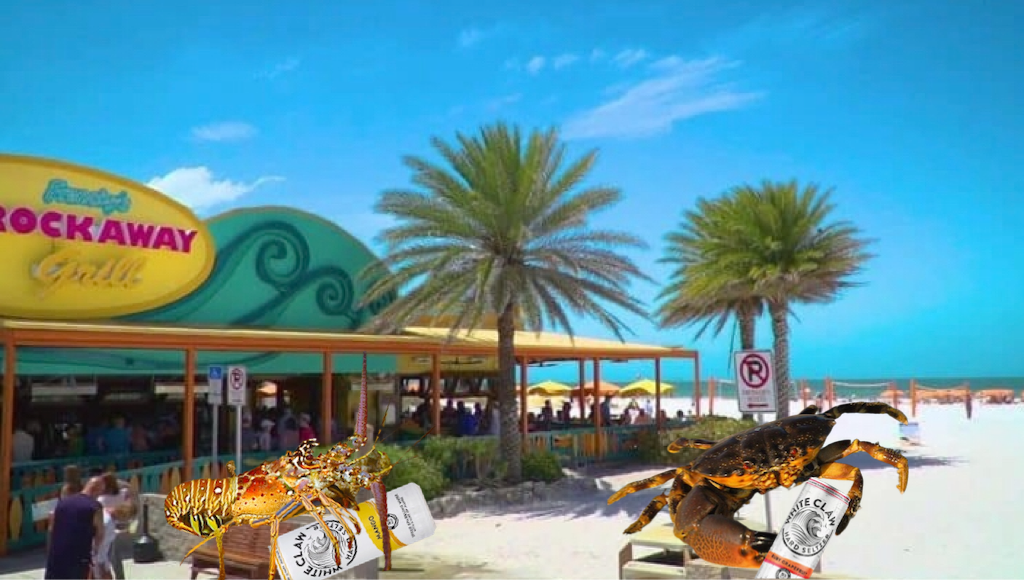 Crowds have been flocking to Florida beaches after they opened this summer and along with them, they brought plenty of litter.  For nearly 2 months, our sea life enjoyed some time away from the discarded cigarette butts, plastic and cans that seem to lie in the wake of every beach party. Now it is just as bad, if not worse than before, and some have had enough.

Shel Silverfish, spiny lobster and leader of the Tampa Bay area chapter of Crustaceans for Clean Conservation (or CCC), couldn’t stay silent any longer. “If the trash keeps up like this, the only claws we’ll have in the gulf are discarded White Claw cans. It’s killing us,” explains Silverfish.

Chad Newman, local alcohol distributor, doesn’t believe this boycott is really about the environment. Even though nobody asked, he wanted to go on record saying, “These are clearly thugs hired by big seltzer and the mermaids at Bon and Viv to bad mouth White Claw and sell more of their own drinks. They all need to go back into the ocean where they belong!” When told that we actually border the Gulf of Mexico and not an ocean, Newman’s only response was “No laws when you’re drinkin claws!”

Despite the allegations of a hidden agenda, Shel stands by his cause. He hopes to make change with an amendment to the Florida constitution focused on the rights of sea life. “I call it the Lobster Clause and with it, we’re gonna pinch pollution in the bud.”

Though it seems widely supported, to this date the petition has zero signatures. Silverfish attributes this to the systemic suppression of his people. “My brethren have a naturally difficult time signing as humans only designed pens to fit THEIR hands and the signature sheets we got from the local library ‘conveniently’ disintegrate in water,” says Silverfish, “we need YOUR help.”

If the CCC does succeed in getting enough signatures, expect to see the Lobster Clause on your ballots this November.

← Restaurant that opened in May doesn’t know how to transition to Phase 3TNF in Washington DC: A Special Series: Chapter 2: Cameroon: A country with an embassy in America →