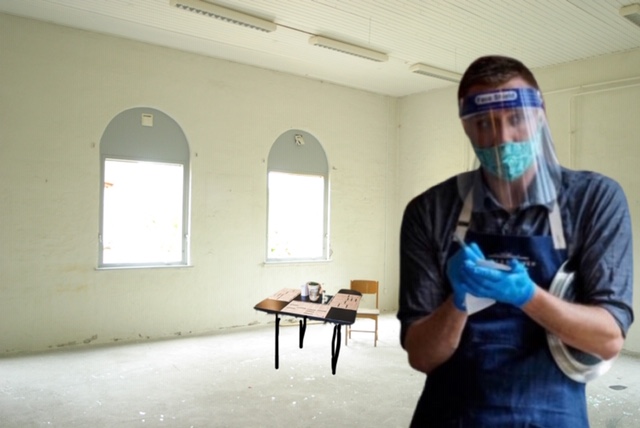 The owner of E’gg & Bre’wz, a combination craft brewery/brunch eatery in Seminole Heights that opened after strict COVID quarantine restrictions were in place and being actively enforced are not sure how to handle opening up under Phase 3 of Florida governor Ron DeSantis’s plan.

Governor DeSantis on Friday announced Florida would be taking the next step in reopening the state, meaning restaurants, bars, salons, and other businesses will be allowed to reopen under full capacity. DeSantis said the new order will override any other restrictions on the local level. DeSantis made the determination that the state was ready to move past Phase 2 based on the state continuing a downward trend in new COVID-19 cases while maintaining adequate health-care capacity.

“The timing wasn’t ideal for opening when we did, but we simply couldn’t afford to wait; we were paying rent and needed to generate revenue to cover that and other expenses so we just went ahead and did it, immediately adapting to the COVID landscape”, says Seth Gwingler, owner and manager. “That’s how we’ve been operating since day one. What the hell do we do now?”

He says, “We’ve always had to social distance, so we only have one table. Now when people show up, we have to turn them away.” He mentions that their Sunday brunch, which was their busiest day of the week is already suffering. “People loved our N95 Benedicts and bottomless hand sanitizer-osas before. This past weekend, there was a huge dropoff and just a general lack of interest.”

As far as entertainment goes, he says the thought of booking entertainment like live music or comedy was never really an option. “Local sports is kind of a big deal right now. But we didn’t bother installing any televisions because there were no games being played when we opened and the only thing on was COVID coverage and we figured nobody would want to sit and watch that while eating”, he says. “Who knew all the Tampa Bay teams would all be pretty good and wind up playing at the same time?”

In addition to the increased seating capacity, he says the expanded hours of operation aren’t really helping his establishment either. “We can stay open later and that means we can sell more beer, I guess,” he says. “But since we were always closed by 3pm every day, we don’t have that much of our signature beer, Ventilator Pale Ale, in stock to meet any kind of new demand.”

“We also bought a whole bunch of Styrofoam to-go containers that we don’t need any more,” he says. “The distributor won’t take them back and credit my account so I’m stuck with them. When I tried to throw them in the dumpster out back, I was spotted by a group of environmentalists who beat me up and set my car on fire for trying to harm the environment.”

“It was always my dream to own and operate my own restaurant”, he says sadly. “I never imagined that being able to serve as many customers as possible with a full menu and amenities would be the worst thing that could happen.”