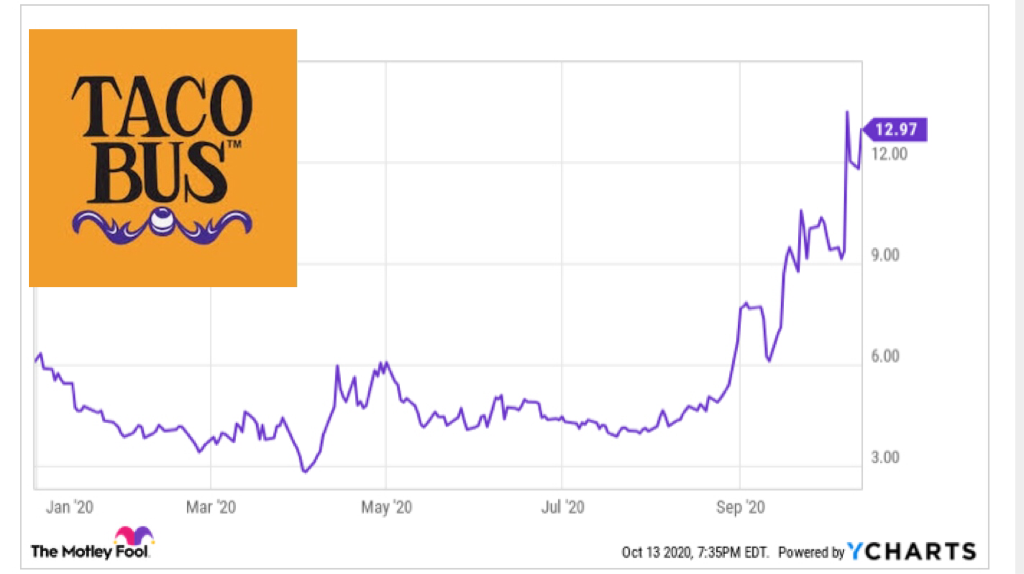 Pete McGwinnity of South Tampa, an active user of Reddit and a stock trader since last Friday believes that Tampa-based fast ‘food’ chain Taco Bus could be the next stock to suddenly become severely overvalued.

“What we’ve seen from the recent performance in GameStop’s stock is nothing short of remarkable”, he said. “And if there’s one thing I’ve learned in my hours of stock market experience, it’s that if something happens once, there’s no reason it can’t happen again.”

He believes that Taco Bus is ideally suited to replicate this situation. “Look at GameStop’s history of performance as a company outside of the stock market, as a provider of goods and services to customers: it was good for a while and then it was kind of okay and then it straight-up sucked and sucked hard”, he said. “Sound familiar? Taco Bus is to Tex-Mex food what GameStop is to video games!”

In an effort to present further evidence validating his speculation he said, “Just look at a graph. It starts out on one side of the sheet and then goes all jiggety-jaggety and winds up on the other side. See? That’s how you chart performance. When the line is near the top of the chart, you have more money than you do when it’s near the bottom. And look how you have dates along the bottom and numbers down the side. Come on. That’s indisputable and you can’t say it isn’t. That’s what ‘indisputable’ means!”

He’s advising all of his followers across all social media platforms to invest heavily in Taco Bus stock immediately.

“People who want to have any hope whatsoever of catching the next big trend before it takes off need to get on board right now. That’s what I’m doing”, he said as he ate a Fajita Bowl from Taco Dirty while searching for a YouTube video that he hoped would tell him how to buy stock in companies that don’t offer stock.