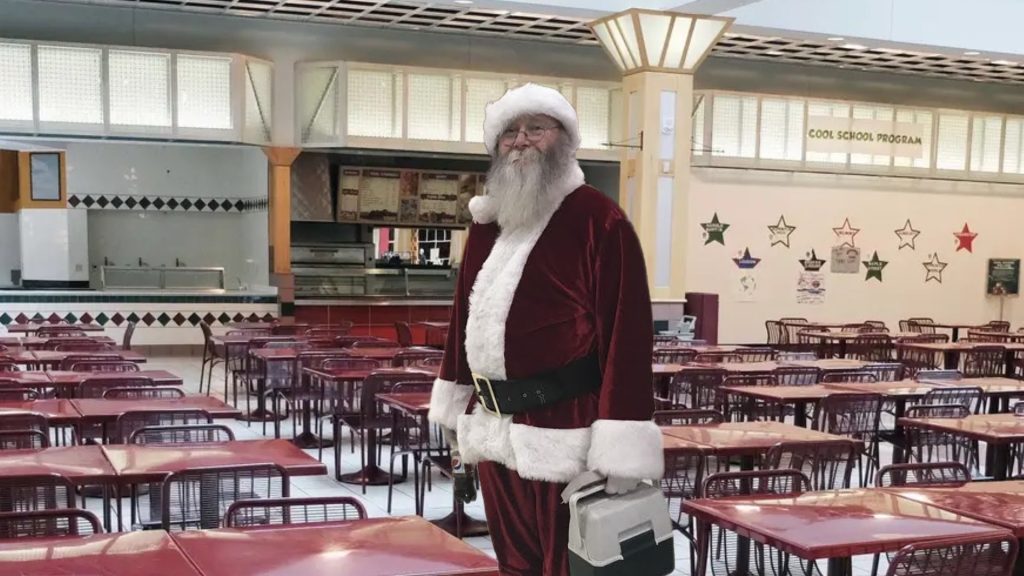 A man working at the old mall in Tampa has been fired from his annual seasonal job, just weeks before Christmas.

“Please just call me Santa Claus,” the otherwise unnamed man said. “Because it’s a responsibility I take seriously and when I put this suit on, I am Santa Claus.”

“No, you’re not,” said mall manager Harry Kleeth. “Not anymore and not here, anyway.”

Kleeth went on to explain, “Look, nobody shops at malls anymore. Not to the degree that they used to, at least. Everything is done online now. Look around; we barely have any open stores. No stores equals no shoppers. The only kids that ever come in here are rowdy teenagers who tip over the potted plants and use the photo booth machine to take pictures of their junk. And even that is way down due to everyone having phones. Things aren’t much different at the ‘good’ mall either, trust me. That being the case, we simply can’t justify paying some fat old man to literally sit by himself and chuckle in the middle of our abandoned food court.”

“That’s not what the spirit of Christmas is about,” said the ersatz former Claus. “It’s about peace and harmony and giving. Ultimately it’s about love.”

“That’s just proof he was never suited for the job in the first place,” said Kleeth. “The retail biz isn’t about any of that nonsense.”

“Plus, Santa Claus isn’t even about that anymore,” he added. “Look at movies like ‘Bad Santa’ and ‘Fatman’ and ‘Violent Night’. People want a Santa with a dark and gritty edge, who will beat a naughty person into submission with a 2′ by 4′ if necessary. That’s the new spirit of Christmas!”

Those who want to help the suddenly unemployed jolly fellow can contribute to his Ho-Ho-Ho-FundMe campaign or follow him at Ho-Ho-Ho-nlyFans.