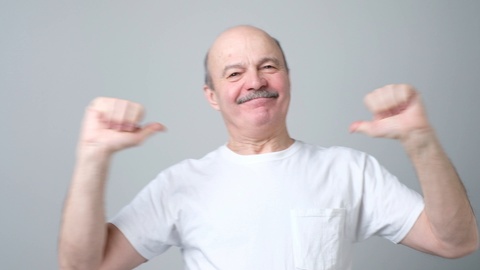 “So I started to do a little research on the internet on my illness, I went down a rabbit hole looking at YouTube videos about cancer treatments, one thing to another, I bought a basic home lab kit from Hobby Lobby, next thing you know all three of my mice now test negative for cancer.” Stream shrugs then turns back to what I believe is his grandmother and shouted, “Tranma, turn down Live PD I’m doing an interview here!”

The woman turned down the TV, then Stream turned back to me and said, “That’s my Tranma! I call her that because she’s a tranny and she’s my grandma.” Stream laughed.

“I can cure cancer in a couple days, but I can’t figure out why my Grandmother wanted to get a sex-change in her 70s!” Stream laughed again.

“Maybe if I don’t jack off for 6 days I’ll figure that one out!” He shouts in glee.

The results of Streams’ home tests will be published in the next National Science magazine and his methods will be made public as Stream has no plans to patent or copyright his work.

“These sick bastards in big Pharma change us out the ass to get our meds, I don’t want to be another one of those dicks.” Streams said as he shotgunned a sugar-free Redbull tall can then tossed it to the ground.

“The government doesn’t want you to be healthy, but I do!”

As Stream was talking a dog ran by in front of his trailer.

Stream then took off from his porch and dove at the loose dog, the dog narrowly escaping Stream as he fell into a mud pit.

There has been no comment from anyone in the National Health Association on whether they will acknowledge Stream as a hero or have him secretly killed and cover up his murder to make it look like an accident.