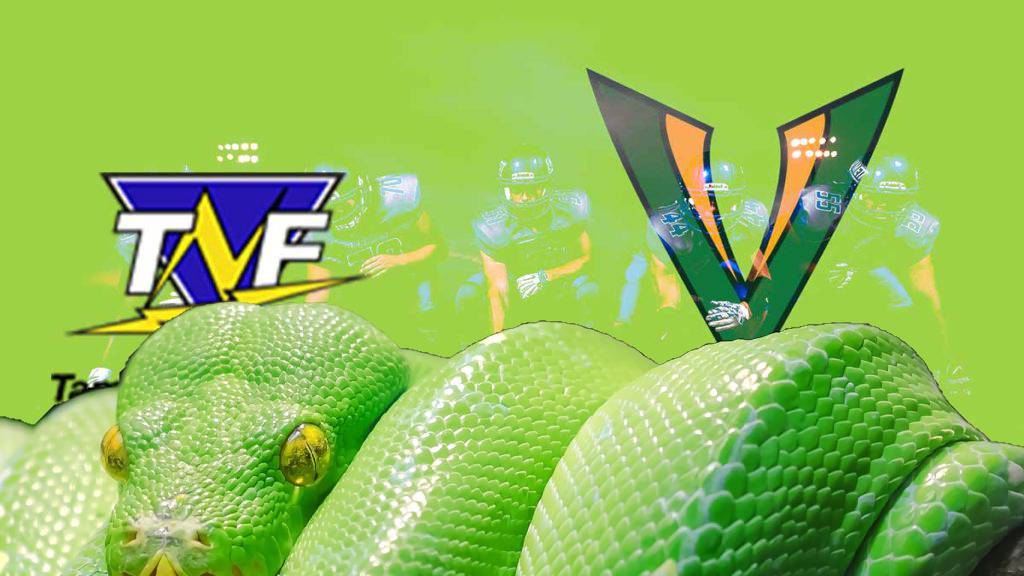 Participants were urged to buy vipers from their local exotic pet stores, and the challenge was to see if they could name 5 starters on the Tampa Vipers while staring into the eyes of a Viper without getting bit.

Every participant of the challenge was bitten in a furious fashion by their Vipers including two Tampa Vipers players who attempted the challenge as well.

“We totally shouldn’t have done this.” Said Tampa Vipers backup lineman Trent Nichols who was currently laying in a hospital bed, half of his face swollen from the viper bite.

“We just weren’t getting much playing time,” Nichols motioned to his teammate in the bed next to him, who’s entire face was swollen due to a bite, “so we decided to jump on this new social media challenge, we’re both huge fans of TikTok and we thought this might make us go viral and we’d get more playing time.” Nichols struggled to say through the snake bite pain.

Unfortunately Nichols and his teammate who’s name we were unable to identify because his face was unrecognizable from the gruesome snake bites, were both released from the team, however the Vipers have confirmed they will pay for 30% of their medical bills.

The viral challenge was proposed by the official XFL Vipers twitter account which is run by an intern at the Vipers headquarters.

“I didn’t think anyone would actually do it.” Said Patrick the Vipers intern.

“I didn’t think people would be that dumb, it was obviously a joke, I put a few laughing emojis after the post to make it clear that nobody should try this at home. I’m not taking any blame for this, do you know who my dad is? I could buy and sell you, you worthless nobody.” Intern Patrick said to me while poking my chest with his index finger.

The Vipers organization is taking no responsibility for the dozens injured and does not seem to feel any regret for unintentionally putting countless people in harms way.

“This is the best thing that’s ever happened to me!” Said Dale Bennet of Dale’s Viper Emporium.

“Ever since that tweet, I’ve been selling snakes hand over fist! I was even able to film myself doing the Viper challenge without getting bit!” Bennett said.

“Wow, you were able to do the challenge without getting bit? I thought everyone who did it got bit?” I asked.

“Not me, I just did it today! Check it out!” Dale said, bringing his phone up from his pocket to my face so I could see.

Dale was not lying, the video showed him holding two vipers directly up to his face while flawlessly listing the starting 11 players on the Tampa Vipers then lowering the snakes back into their cages.

As he finished showing me the video, another news van pulled up and ran up to Dale to praise him for being the only one to complete the Viper challenge. Dale was awarded unlimited popcorn at the Vipers training facility and 6 million dollars of Tampa citizen tax money.