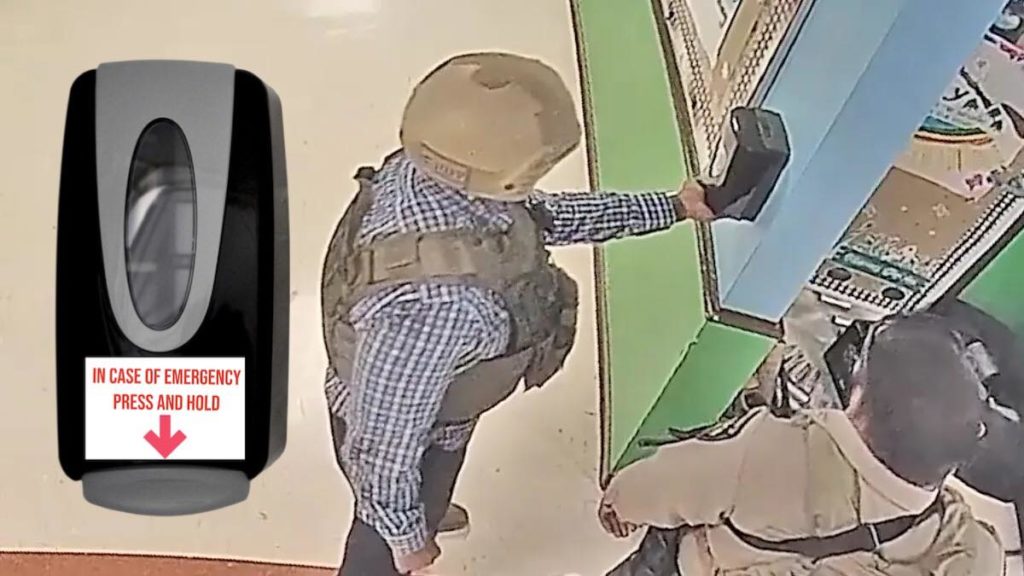 Emergico Systems Inc., a Tampa-based company that manufactures emergency response equipment has announced that they are recalling their new line of TeleTek6000® emergency call boxes following a recent failed beta-testing trial of the units at a school in a small town somewhere in Texas.

“The way they were supposed to work is, in the event of an active shooter scenario at a school, you find one of these call boxes mounted in multiple strategic locations in the school. Then you press and hold a button, which in theory, makes them at least 67% quicker and easier than dialing 9-1-1 on a phone”, said company spokesperson Jerry Dickenbalz. “Doing that would send a signal to emergency response teams who would show up and immediately take charge of the situation, possibly putting themselves in harm’s way, in order to protect the safety of innocent children and school personnel.”

“Instead, an alcohol-based liquid squirted out on the user’s hands. And that wasn’t supposed to happen.”

The company is recalling all of the TeleTek6000®units that had been scheduled to be installed in schools across the country, saying the entire situation is a total failure.

“Nothing that happened that day was supposed to happen”, said Mr. Dickenbalz.