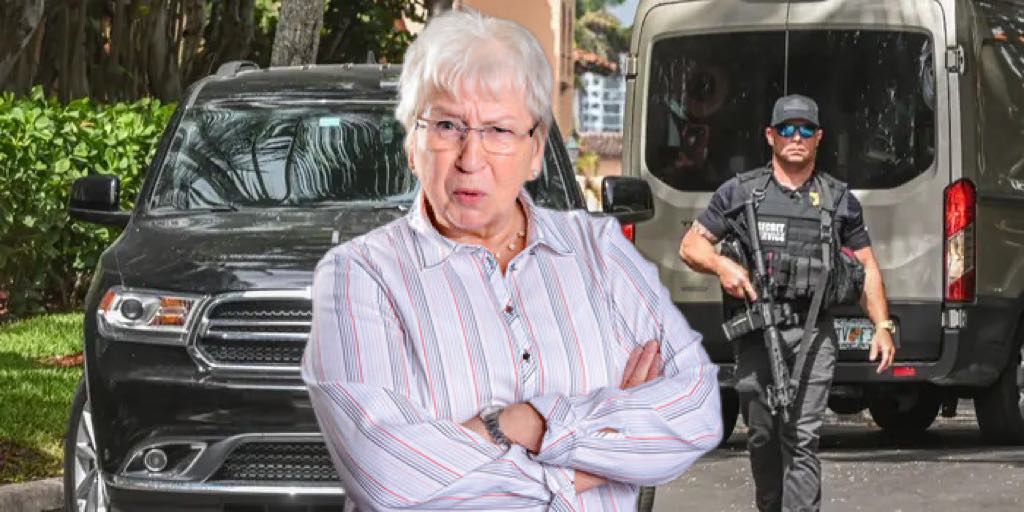 Gladys Narkwerk, a long-time resident of Mar-a-Largo, the exclusive resort community in Palm Beach County, says it’s a great place to live and that she loves the neighbors she shares it with, with one notable exception.

“There’s this one man, I believe he used to work in television or something, I can’t say I care much for him,” she said. ”My goodness, he’s dreadful.”

Narkwerk has never met the problematic resident but knows him by the disruptive activity that takes place as a result of his presence.

“Helicopters flying around, trucks picking up and dropping things off, toilets flushing at all hours of the day and night, FBI agents executing search warrants,” she said. “Now his rowdy hoodlum chums are hanging around outside, waving flags and hooting and hollering. Honestly, it’s all so intrusive and out of character with the atmosphere of luxury we strive to cultivate.”

She said she has no desire to meet this person either.

“He just seems like a huge troublemaker, causing a ruckus all over the place and I’d just rather steer clear of that kind of thing, if you please,” she said. “Plus, I don’t want to be a flibbertigibbet, but I heard that he had his ex-wife buried on a golf course! Gee, I hope she was dead at least. Ha ha ha ha! Oh my, I’m terrible!”

“But seriously, from what little I know about him, he seems like the kind of person who would bury his enemies on a golf course.”

When told that the person in question might actually be the owner of the property, she said, “Oh, don’t be silly. That just isn’t possible… Is it? Oh dear, I certainly hope not.”

Suddenly upset, she said, “If I have to move, I don’t know where I’ll go. If this is going to turn into Pinellas Park, I might as well move to Pinellas Park.”

← Exposure to Senator Rick Scott Cited as Leading Cause of MonkeypoxThe TNF Swag Store is back! →