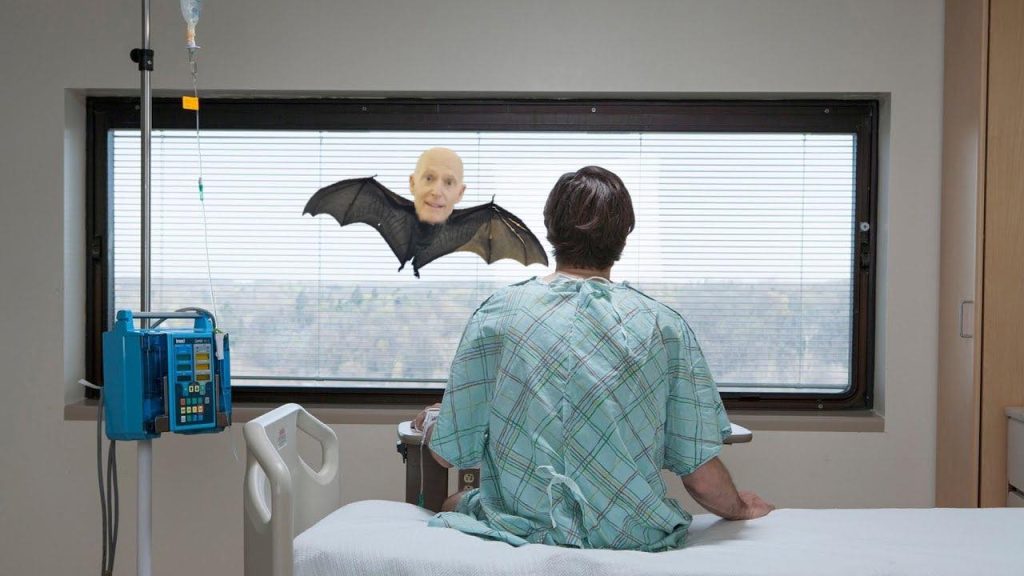 During a recent survey of people infected with Monkeypox, over 85% of respondents said that the Florida Senator, Rick Scott, was the last person they had physically come in contact with before experiencing symptoms.

“I met him at a press event, and we hooked up,” said Everett Estreya, a 27-year-old intern for CNN.  “After he finished inside of me and left, I got a terrible fever, awful chills, and my skin broke out into a terrible pus-filled rash.”

Of the over 7,000 confirmed cases in the United States, thousands of respondents have confirmed that Senator Rick Scott was the last person to touch them in any way before testing positive for the illness.

“We believe that not only is Senator Rick Scott Patient 0, but that his body must be naturally producing the Monkeypox virus!” Said CDC Director of Monkeypox Services, Waltardo Mano.

Every attempt to reach Rick Scott for questions has resulted in him reverting to his bat form and flying away.

The CDC recommends anybody willing to have sex with Senator Rick Scott, to please reconsider.