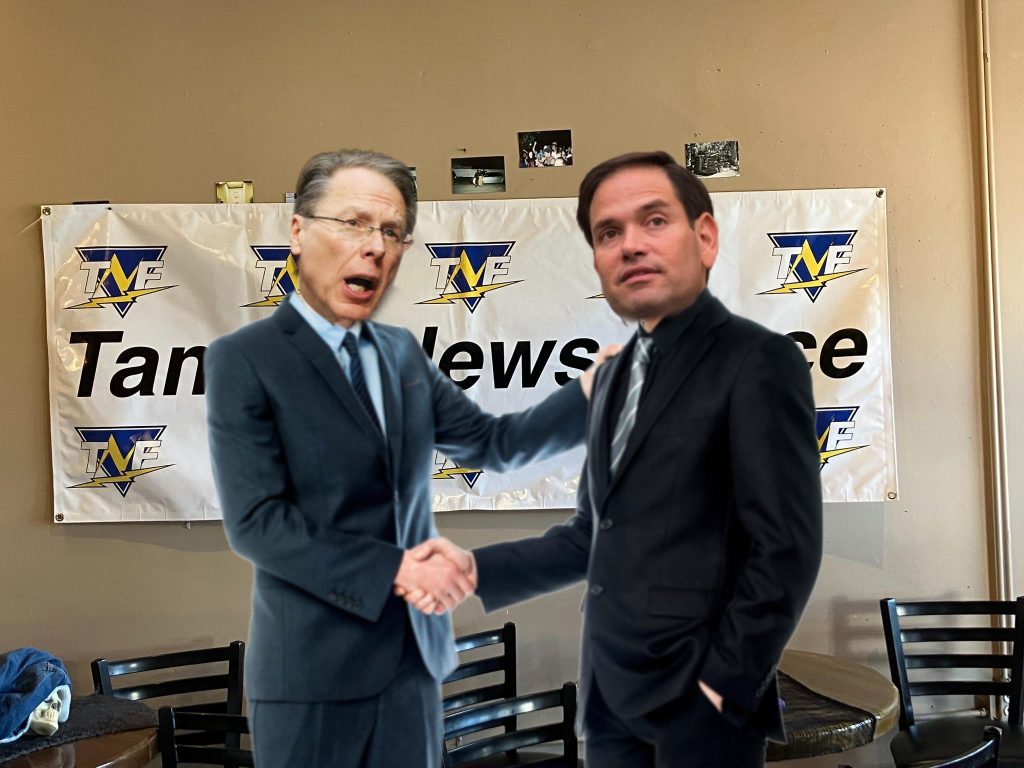 The First Annual Tampa News Force Community Awards Gala recognized some of the best politicians in Florida and all the great things they do for Tampa.

The event was hosted by Pitbull and included special musical performances from Imagine Dragons and Jadakiss.

Tampa News Force attempted to reach out to Rubio to invite him to the award ceremony, but it conflicted with his schedule.  In his place, Rubio sent the CEO of the NRA to accept the award on his behalf.

“Marco Rubio barely shows up to work and is an incredibly forgettable person. He is a great duteous vassal,” said the CEO of the National Rifle Association, Wayne LaPierre. “The NRA stands by Rubio no matter what he does because he is what’s best for our bank account, and Florida.”

LaPierre then made pointy guns with his fingers at me.

“If you listen to the CDC, they will tell you guns have killed about 3,000 people in Florida this year alone,” continued LaPierre, “That number is actually pretty low, and it could be way higher if not for the work Senator Rubio has done in Congress.”

I attempted to interrupt LaPierre so I could hand him the award, but he handed me a gun instead and said, “First one’s on the house.”

Senator Marco Rubio is more than likely going to be reelected, and if he isn’t, I will be out a lot of money.  I am really banking on this guy winning because if we get that cop Val Demmings as our next senator, we might have someone who likes doing work and my job really depends on people not working.

Like you can’t be reading this far into the article if you have something better to do.

So let’s keep America the same and never change a thing.