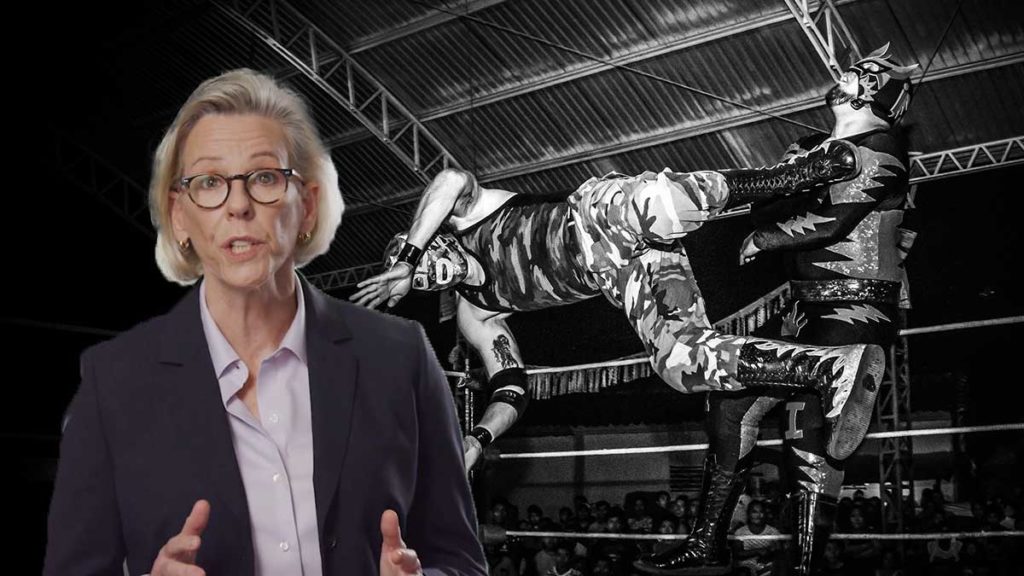 Mayor Jane Castor has dissolved what is labeled “The Wrestlers Initiative,” a civic defense measure consisting of assembling and mobilizing WWE wrestlers who live in the Tampa Bay Area in case of a local emergency.

“I found this folder when I was cleaning out some old files. I think this is something (previous mayor) Bob Buckhorn came up with,” said Castor. “It’s mostly colored drawings of WWE superstars like Hulk Hogan, Dave Bautista, John Cena, Nattie Neidhart and Titus O’Neil battling what looks like Godzilla but is labeled ‘St. Pete’ for some reason.”

Dissolving the initiative is not expected to have any effect whatsoever, as the wrestlers listed in it had no idea it existed.

“Of course we love this area and would do anything we could if called upon to help in some way if there was trouble. But I don’t think mayor Buckhorn really had an idea what we actually do,” says O’Neil, while politely declining my request to be hit with a folding chair. “Lots of people apparently don’t understand what we really do.”

When asked what has to be done to dissolve a previous administration’s civil defense program, Castor said, “I’ve already thrown the folder in the trash. I think that pretty much takes care of it.”

← Best Benches in TampaHow to Move to Tampa Bay →