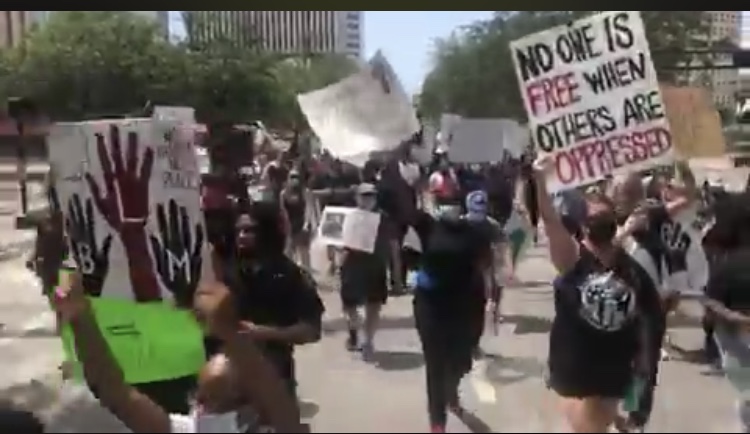 Bill Woodsworth, owner of the Koffee Konnection Kafe in downtown Tampa, is concerned that protests scheduled to take place this weekend in the Tampa Bay Area could result in trauma and property damage.

“Of course people have the right to gather and voice their concerns. There’s no question about that, especially regarding a serious social issue like this,” he says. “But as a small business owner in a devastated economy, I can’t help but worry about how my business and innocent people and especially my business could be affected.”

Protests stemming from the death of George Floyd who was killed earlier this week while being apprehended by police in Minneapolis, Minnesota, have been occurring across the nation. Some of those protests have seen violent confrontations between protestors and police, as well as incidents of property damage and looting. Several demonstrations have already taken place In the Tampa Bay Area today with more scheduled for tomorrow, with no such incidents reported yet.

“It would just be such a terrible and unnecessary shame if something were to happen to a business, like, oh, I don’t know… mine”, says Woodsworth. “Just for a hypothetical example, of course, take a local independent merchant without the benefit of corporate backing or even wealthy partners, like me; struggling to make ends meet because he probably never should have opened his business in the first place but wanted to prove his father-in-law wrong – I am not a loser, Paul! – saddled with making payroll and obscenely high insurance payments with a shop located on Franklin Street, conveniently close to Curtis Hixon Park. If protesters were to burn a place like that to the ground, well, that would just be awful. As an example. When I think about not having to… err, I mean getting to pay my employees every week…”. His voice trailed off and he stared into space, probably emotionally overcome by trying to grasp the depths of injustice and cruelty human beings in this country are capable of inflicting upon one another and what little, if any, real measurable progress we’ve made in recognizing the rights of people of color. Or something. “Huh? Oh yeah, that’s it”, he said.

He continued, “I mean, I have no way of knowing this of course, but I would imagine my place is extremely flammable and would look pretty impressive in a local TV news live shot. We close at 6pm tomorrow and are cleaned up and out of there by 7 at the latest, so the risk of someone getting hurt is pretty minimal. Yes sir, all things considered, I’d have to believe the temptation to set my business on fire and relieve me of what was once my dream but has become a waking nightmare would be pretty strong. Gosh, I sure hope that doesn’t happen.”