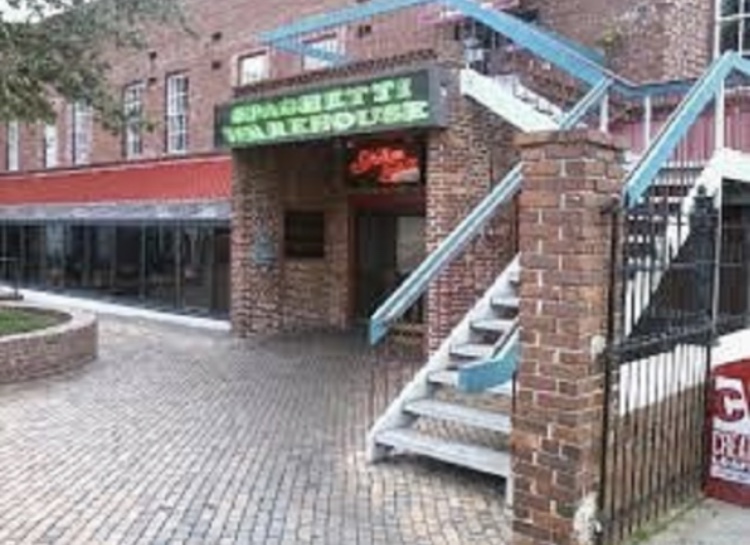 Ybor City’s Spaghetti Warehouse, which closed prior to the COVID-19 pandemic, remains one of the local businesses that has yet to re-open in spite of restrictions being lifted, but management hopes for good news soon.

“It’s been difficult, being closed all this time,” says manager Domino Papajohn. “Hopefully word will come down from the governor’s office soon. We can’t wait to serve our loyal customers once again!”

Located within a former cigar factory complex that became a poorly thought-out and even more poorly executed shopping mall concept known as Ybor Square in the 80’s, the Spaghetti Warehouse originally opened in 1991 and was open for 25 years. Plans were announced by the restaurant’s corporate owners to close the location in the spring of 2016.

Long-time patron Carrabba Olivegarden says, “We were so saddened when we heard that announcement. The Spaghetti Warehouse held a lot of fond memories for so many of us. But with so many different dining options available in the area, I suppose we all just kind of forgot about it and stopped going. This reminded us how special the place was to us so we started going again.”

Upon receiving feedback and a sudden increase in revenue, the plan to close was cancelled. “Once we started going back, we remembered not only the great times we had there but also the reason we stopped going,” says Olivegarden. “It was like, ‘oh yeah, I remember now; it sucks’.” The location was closed for good in October of that year. Also, the doomed-from-the-start-because-Ybor-is-no-place-for-a-fucking-mall Ybor Square complex is now the site of a brainwashery.

Eddie N. Sams, the local franchise owner says, “Having been closed longer than any other local business has been especially difficult for us. Zero customers and locked doors to an abandoned restaurant equals zero dollars. But it’s been four years which is probably enough time for most people to forget how bad anything is. Hell, there were only two years between each of the ‘Hangover’ movies. Say what you will about us not being a very good restaurant but we never served up actual dogshit like that.”

A spokesperson for Florida governor Ron DeSantis says that consideration may be given to the Spaghetti Warehouse for a possible re-opening during phase 58 of the post-quarantine plan.