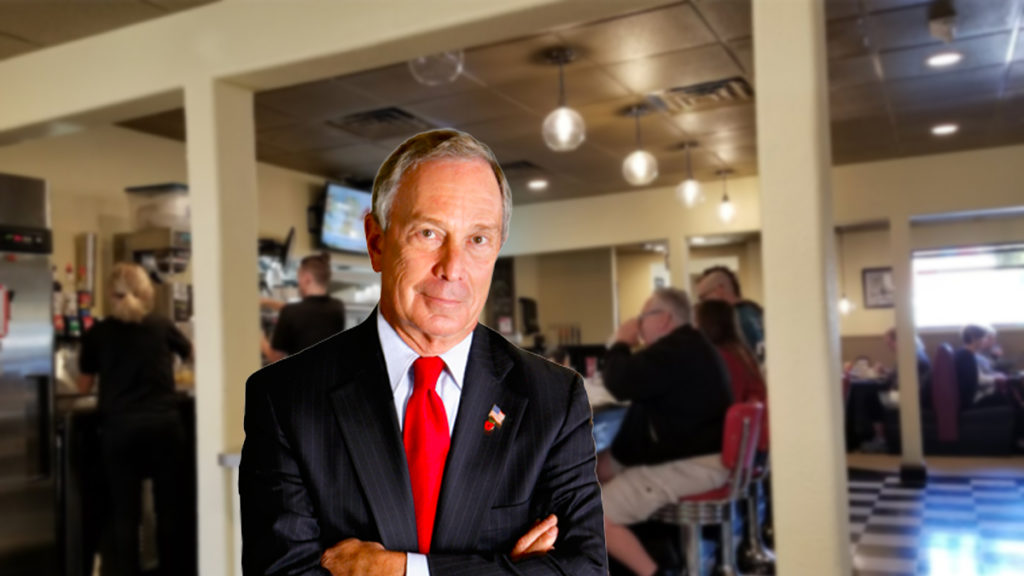 The meeting was totally normal, nothing weird about a billionaire grabbing some coffee in Tampa with Castor in the up-and-coming neighborhood of Seminole Heights.

The two discussed how they used the police to overwhelmingly target minorities and other mayor things we “normies” don’t really understand about the real world and how it runs.

“During my time as the Tampa Police Chief, our SWAT team raided a home and killed a guy who had $2 worth of weed,” said Castor to Bloomberg while blowing on her cup of coffee to try and cool it down.

Bloomberg laughed and asked, “Was he a minority?”

The two laughed some more and Castor said, “No, he was actually gay like me!”

While sharing some more outrageous laughter the waiter came by with their check.

“I’ve got this,” said Bloomberg while reaching for his wallet.

“No, you’re a guest in my city.  Let me get this for you.” Castor said while trying to reach for her wallet.

“That is very nice of you Mayor Castor, but I’m currently pumping millions of my own dollars towards getting a job I don’t even want,” said Bloomberg while trying to wrestle the bill away from Castor.

The two pulled at the bill, ripping it in half.

“Oh no!” Said Bloomberg, “Guess I have to just buy this place.”

Just as he said that, the owner of Trip’s Diner walked by and said, “Don’t say that too loud or I might think you’re being serious.”

Bloomberg laughed in a serious tone and attempted to quote that movie ‘Airplane!’ starring Leslie Nealson. “I am serious, and don’t call me Shirley!”

Mayor Castor and the owner of Trip’s Diner bothed looked at him weird because no one had said ‘Shirley’ or ‘Surely’ as the scene plays out in the film for the quote to work.

Feeling embarrassed, Bloomberg quickly handed his debit card to the owner and said, “Charge me for this place and then shut it down. I’m turning it back into a used car lot.”

Bloomberg had his staff quickly shuffle him out of the building and then had everyone evacuated and the building torn down.