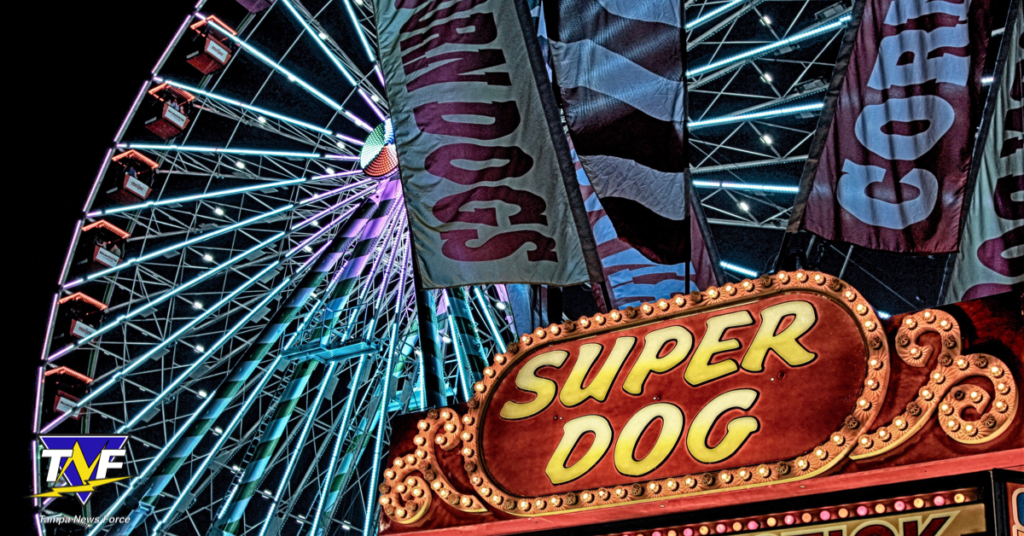 Attendees of this year’s Florida State Fair in Tampa can look forward to sampling some brand-new deep-fried food items.

Garth Darthworth of the National Novelty Food Association of North America says, “We had a great convention this year, with our very creative vendors unveiling some really exciting new concepts, in addition to the old favorites. People who visit the state fair in Florida are in for some real threats. Oops, I mispronounced ‘treats’! Ha ha ha!”

The convention he’s referencing happens every year in Madison, WI., during the first week of January, and draws purveyors of funnel cakes, cotton candy and corn dogs from all over the world to network and learn what the new trends in carnival faire for the upcoming season will be.

In spite of the public’s stated interest in eating healthier, deep-fried food remains incredibly popular, especially at fairs and carnivals. “Folks like to like what they like,” says Darthworth as his blood pressure spiked. “Nobody tells Americans what to do or what to eat, thank goodness,” he said, clutching his left arm.

“We get a bad rap, when it comes to these alleged health concerns,” he said as he lay down on the stretcher provided by the EMTs that had been called. “For one thing, our vendors rarely change the grease they use to cook in, so things just kind of end up in there, such as items from all four of the food groups; meat, dairy, bread and tobacco. Jesus, what’s healthier than that?” With that, they closed the ambulance doors and drove off to the closest emergency room.

I picked up the notebook Mr. Darthworth dropped when he collapsed and opened it to the page labeled ‘2020 things to put into deep fryers and sell to people for eating’.

These are the items listed: