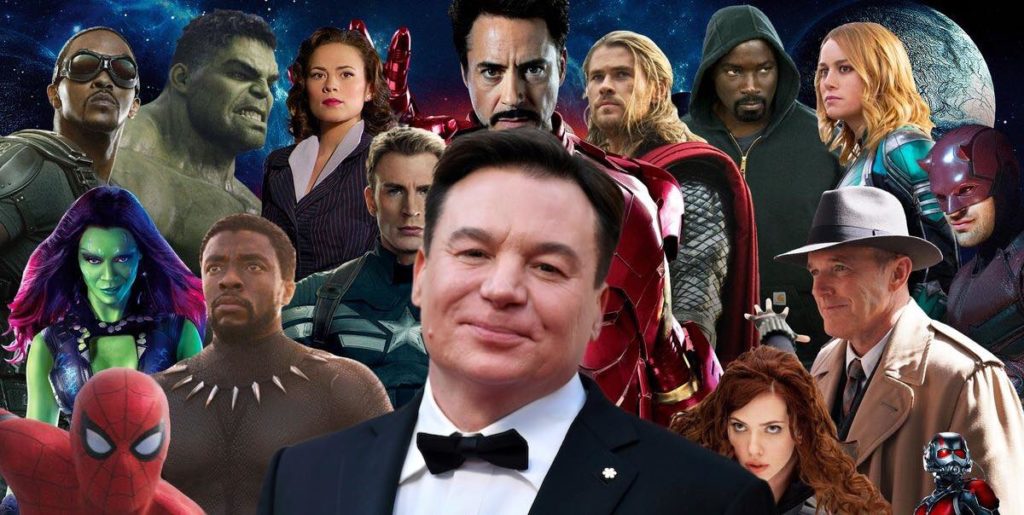 Canadian actor, comedian, director, producer and screenwriter Mike Myers is looking for a Marvel Comics character he can play in a series of Marvel Cinematic Universe films for the next several years.

“Out of all the characters created by Stan Lee, Jack Kirby and others, there has to be at least one whose super power is always speaking in a British accent for some unknown reason,” Myers said. “And who else would play that character? Dana Carvey? HA! Don’t make me larf.”

The Saturday Night Live veteran was in the Tampa Bay Area recently to scout locations for these movies that he hopes to film soon.

“I like the Ybor City area,” he said. “Very scenic. I can totally picture myself walking around, visiting the Double Decker Lounge or Bradley’s or The Reservoir Bar and saying things like ‘chap’ and ‘mate’ and other such incredibly British phrases.”

Jon Favreau, who directed Iron Man and Iron Man 2 and executive produced all the Avengers films said, “I see what he’s trying to do but I don’t think there’s a spot for him. We already have a bunch of actual British actors trying not to sound British.”

Myers is undeterred. “Maybe my character would say ‘shag’ a lot. Did you know that ‘shag’ is British slang meaning to have sex? Oh, you did? Oh. Well, there are other lesser known phrases I could say, I’m sure.”