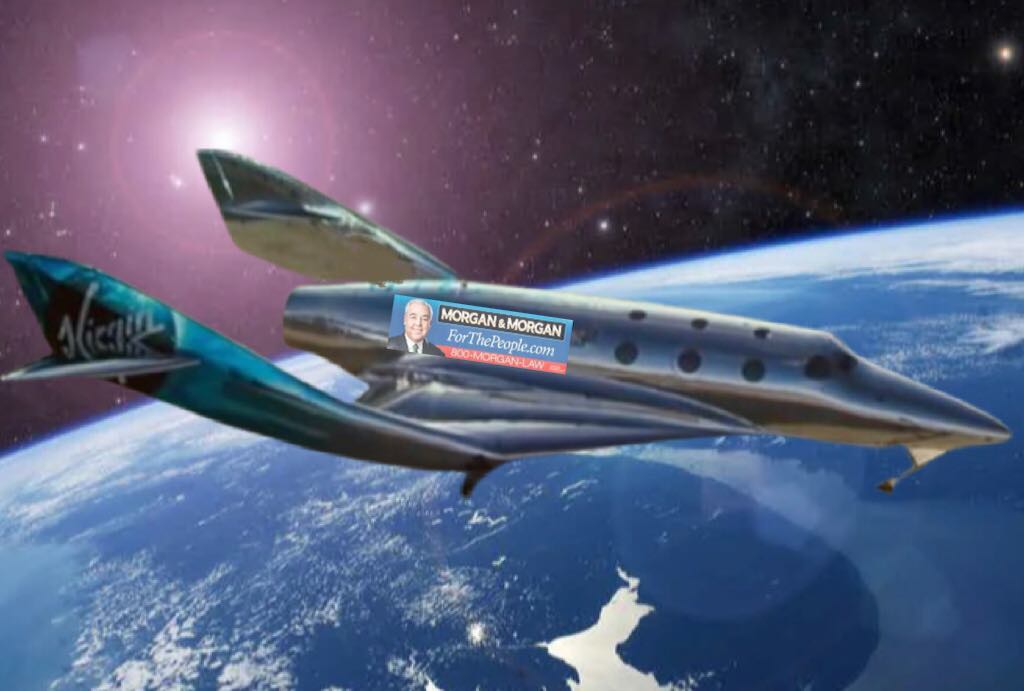 “We are at the vanguard of a new industry determined to pioneer twenty-first century spacecraft, which will open space to everybody – and change the world for good”, said Sir Richard Branson, Founder of Virgin Galactic.

“Yeah, and we’re at the vanguard of suing people when accidents happen”, said Morgan.

“We don’t want to see anyone harmed due to incidents happening in outer space”, Morgan said. “But they’re bound to happen. I’m citing precedents established in landmark legal cases like Dave v Hal, Ellen Ripley v Xenomorph XX121 and the class action suit brought by the Death Star Construction Union against The Empire.”

“These little jaunts are going to be taken by bored, wealthy elites with money to burn who could be sucked out of an airlock to die in deep space. And we believe that those folks deserve high-quality bus bench slip-and-fall coverage just as much as the basic rubes who trip over a mop bucket. Maybe even more!”, he added. “Morgan & Morgan; for the bored, wealthy space people”.