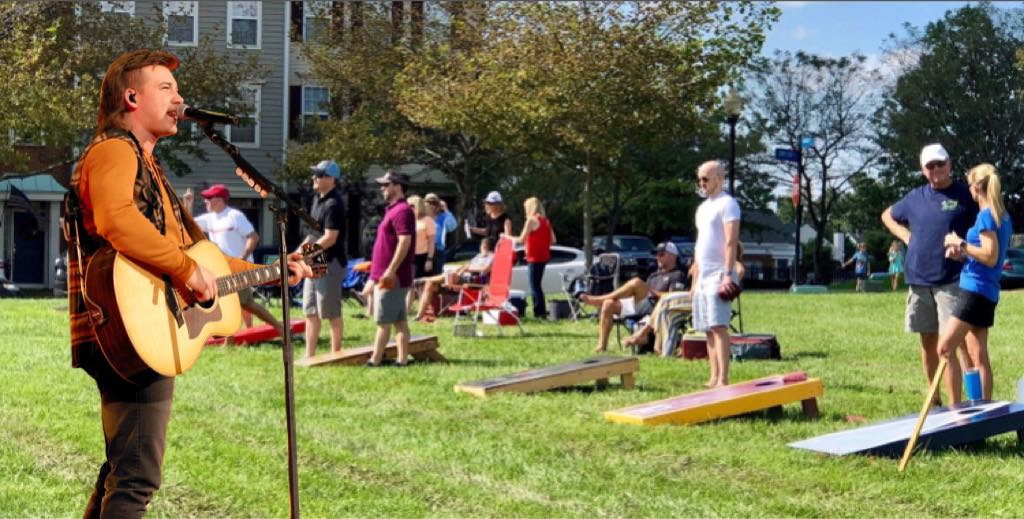 “We’re gonna have a halftime show that blows people away”, said event organizer Mortimer Oliver. He, along with Juggs magazine and Boost Mobile announced yesterday that Morgan Wallen will be the Juggs Magazine Hole-a-palooza XV Halftime Show performer. The recently-cancelled for being a casual racist, yet somehow enjoying higher sales than ever country artist will perform in between all the action tomorrow, Sunday, February 14, 2021, on the expansive grounds of the James Watson Memorial (once he finally dies) Science Barn in Brooksville.

Performing at Hole-a-palooza is something Wallen has thought about for a long time, like about two weeks. “I’ve suddenly become very available”, he said.

“Morgan has introduced a sound all his own, that being the sound of calling his non-N-word friends the N-word and we like that”, said Oliver. “This is an extraordinary moment in time and the Hole-a-palooza Halftime Show is going to be an extraordinary experience with an extraordinary performer. Even though nonchalantly throwing the N-word around is pretty ordinary around here.”

“We are thrilled to have Morgan Wallen join us in Brooksville,” Gary Gitters, one of a small handful of men who still subscribe to Juggs magazine, all of whom live in Brooksville, said. “Halftime Show performances should have a history of excellence and creativity, not like that bullshit at the Super Bowl last week. What the hell even was that bullshit?”

Even in a year of uncertainty, the organizers of Hole-a-palooza will maintain their usual high standards for health and safety guidelines, which basically consist of strongly recommending African-American people not attend the event or even visit Brooksville for any reason whatsoever. For their own health and safety. Because it’s Brooksville.