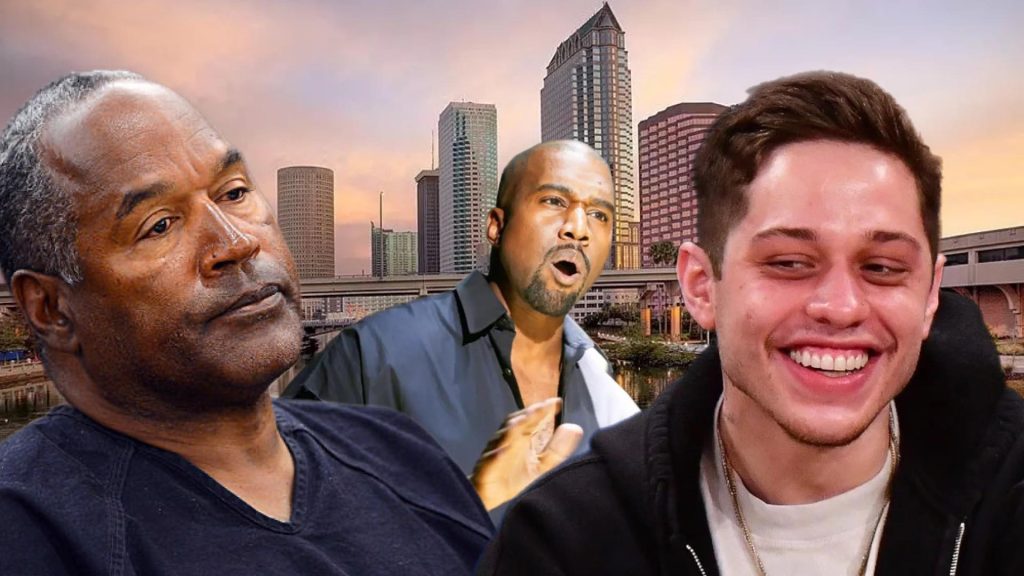 Pete Davidson of SNL fame has announced plans to purchase the majority ownership of THIS PUBLICATION! [Tampa News Force]

“I’ve been trying to find new things to get my mind off of the crazy stuff happening to me right now,” said Davidson during a heavy weed smoking session with current TNF owner, OJ Simpson

“I purchased TNF from Disney,” said Simpson. “It was one of the smartest decisions I’ve ever made.”

TNF was first famously purchased by the former mayoral candidate David Straz. Before his passing, Straz went on to buy Disney and merged it with Tampa News Force.

“I saw that Disney didn’t know what to do with the merger after Straz left, so I stepped in and bought Tampa News Force,” said Simpson.   “Disney was trying to juggle too many things at once and they weren’t giving this project enough attention.”

Simpson went on to restructure TNF and made it the number one hyperlocal satire news website in the Tampa Bay area.

“The Juice has done some great stuff for TNF, they have consistently been producing great content for years now and I think this is the perfect time to jump in,” said Davidson.

After his public breakup with Keeping up with the Kardashians star, Kim Kardashian, Davidson hopes his new venture will solidify his place as one of the leading voices in the next generation of great comedy content.

“I wanted to retire early in Florida but you can never quit the comedy game,” said Davidson.

Not to be outdone, his ex-girlfriend’s ex-husband, Kanye West was recently spotted scouting locations for a mysterious new business venture in Downtown Tampa.

“I don’t know what to call it yet, but it’s going to be the tightest thing ever seen in Tampa,” said West during a recent Instagram Live rant. “It’s going to be like daily hyperlocal satire and weird sketch videos, freestyle music podcasts, on-the-street interviews, and some special live show theatrics. People aren’t gonna even know what they are looking at half the time, they are going to be wondering if it’s real or not.”

West claims he has never heard of TNF or want anything to do with that “Skeet Stuff”.

As the new majority owner of TNF, Davison hopes to expand the publication to print weekly with an events calendar and local advertisement opportunities for local businesses.