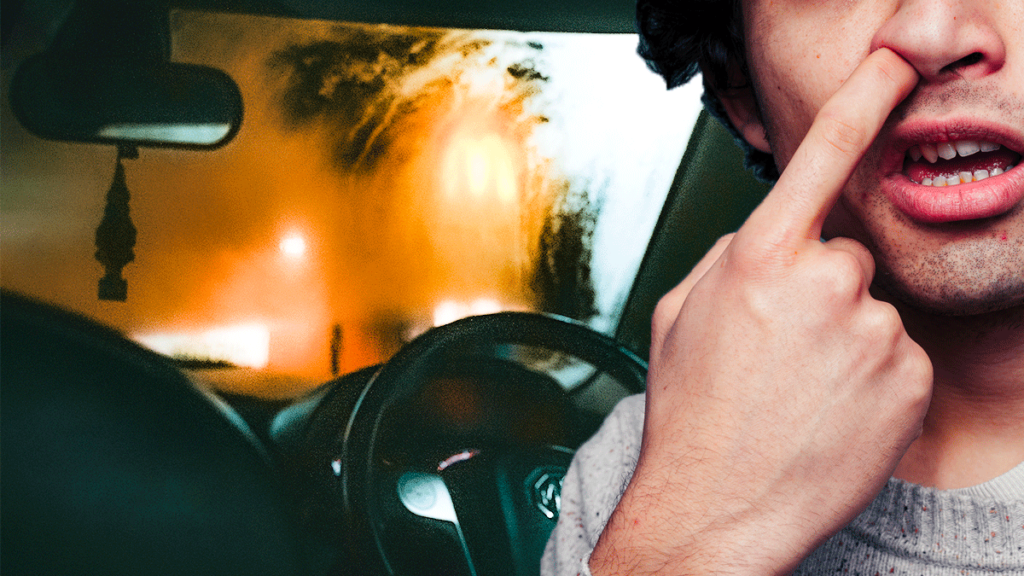 You might want to think twice next time you’re driving and feel the urge to go mining for green gold, a new law goes into effect June 1st that could “stick” you with a hefty fine or you even find yourself behind bars if you’re caught.

A stern message was sent yesterday by the Hillsborough county commissioners board after a new county ordinance that makes it illegal to pick your nose while driving was unanimously voted in.

County Commissioner Chairman Les Miller says “The nonsense has to stop, this ongoing distraction is killing thousands annually and needs to be addressed swiftly and firmly before it gets out of hand” A clear indication that a line in the sand has been drawn.

Whether it’s out of boredom, the annoyance of the way a booger feels in your nose or you’re revisiting the nostalgic taste of popping a boogie into your mouth we’ve all been guilty of picking while driving at least once in our lives says forensic pathologist Dr Darryl Winter who has spent years researching the correlation between fatal car crashes and digging for nose nuggets. He claims that nearly 90% of adults surveyed admit to picking their noses of which a large number confessed to eating their sticky reward.

His research has shown an alarming number of cases where snot and booger residue and even nose hairs are found under the fingernails of crash victims. In 2019 alone there were over 600 booger related crashes in Hillsborough county proving that picking while driving could have deadly consequences causing this unusual law to hit the books.

Hillsborough county sheriff Chad Chronester had this to say in a press release earlier today. “Nose picking is one of the worst things you can do while driving, not only are you distracting yourself but also others on the road who happen to catch you in the act. I remember the first time I saw a grown man pick his nose at an intersection, he went knuckle deep, looked at it and immediately ate it. That imagine not only consumed me for the rest of my drive but still haunts me to this day. The department will be taking the enforcement of this very seriously, it’s time for people to grow up and stop this dirty habit”

You don’t need to be stopped for another offense to be cited for picking your nose, this new ordinance is listed as a primary offense which means you can be stopped if observed by law enforcement. The fine for the first offense is minimal at $76 but it goes up from there. Your second and third boogie will cost you $125 and if you manage to get yourself stopped a fourth time it will end with a night in the county jail.

The next time a nasty nose goblin rears its ugly head during your morning commute, waiting until you get to the office to pick it and flick it could keep you from getting yourself into a sticky situation.