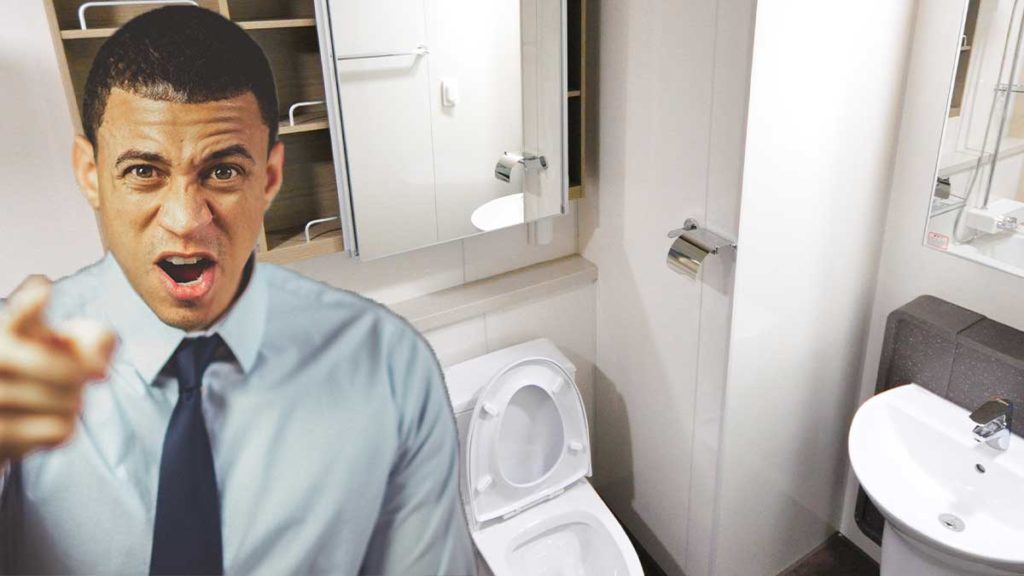 Gary Humboldt, who does something for one of the companies that has offices on one of the upper floors in the Bank of America building, hates the new vanilla-scented air freshener the building’s housekeeping staff has started using in the restrooms.

“The first time I smelled it, I was like ‘Woah!’” Says Humboldt. “I thought maybe a fancy lady had come in there by accident or because the ladies room was busted or something. Then the next day, I smelled it another men’s room on a different floor and realized, ‘huh, it’s everywhere, I guess.’”

When asked to comment, a housekeeping supervisor speaking under the protection of anonymity because all the fake names I could come up with for him/her sounded very racist replied, “It’s not vanilla; it’s FRENCH vanilla.”

I said, “Now, THAT’s racist,” and stormed out with my pants and underwear around my ankles.