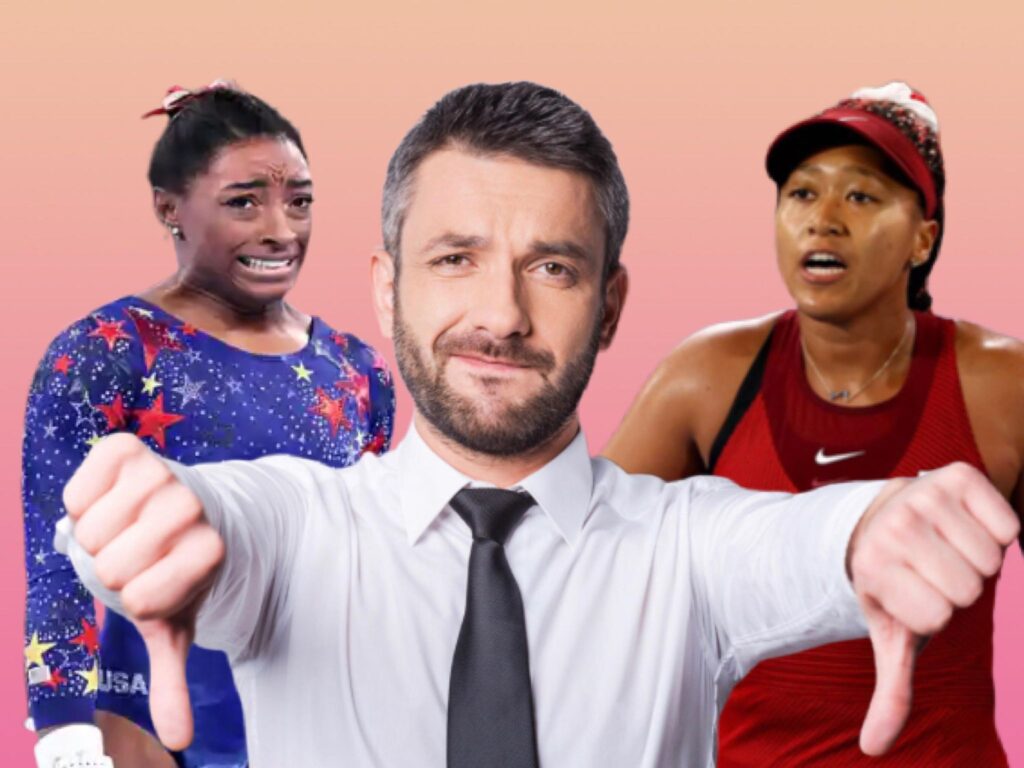 (EDITORS NOTE: Our focus here at Tampa News Force is to provide top-notch quality news coverage by award-winning journalists on topics of specific interest to the Tampa Bay Area. However occasionally a controversial subject beyond that scope demands attention and one of our readers offers us a shit-ton of money for the opportunity to utilize our forum to express their opinion about it. With that we present this editorial from one of our loyal readers. The views here do not necessarily reflect those of Tampa News Force or its staff, who will soon be feasting on some delicious steak, maybe even lobster.)

Athletes are ruining athletics
By Fred Gliffey Jr. of Tampa

In some ways, sports are better than ever. Games are exciting, records are being set, Tampa Bay teams are winning championships, uniforms are cool looking. In other ways, it sucks balls. And that’s because the athletes, the ones who play the games, set records, win championships and wear the cool uniforms are fucking it all up.

You got guys kneeling for the Natural Anthem, coming out as G.A.Y. (gay) and generally asserting their identities as human beings with lives beyond the sports arenas, with opinions about societal issues.

Recently, tennis champion Naomi Osaka withdrew from the French Open because of mental stress and Simone Biles biffed the Olympics for similar reasons. What are they, crazy???

In the case of Biles, it cost the USA a golden medal. You think she feels bad because she’s concerned about her mental health and how that impacts her personal life beyond that as a gymnast, performing for the entertainment of others? Well, how does she think I feel, not being able to spend the next four years of my life gloating about being from the best country at gym?

Sure, we as fans want athletes to be human and show their true personalities so we can relate to them. Not like Kucherov, though. That was too much personality, with the profanity and the beer drinking. Kids are watching, motherfucker!! No, I mean more like not taking themselves seriously in a Geico commercial or something.

Speaking of the kids, like it or not these sports stars ARE role models. They need to be stoic and poised, swallowing whatever emotional issues might be bothering them, showing no signs of weakness whatsoever and performing at the absolute peak level possible at all times. Kids need to learn the right way to truly be a warrior, not like the pussies in the military ravaged with PTSD and shit from fighting actual wars. They should be learning this from athletes, not me. That’s their job, not mine. Although I played sports in high school, I never served in the military because screw that noise.

These people better get it together, or else the only thing that will be able to save sports will be to not let them play them any more.

Bottom line: Shut up and vault or whatever.

← Brooksville praises re-naming of Cleveland baseball teamQUIZ: Where should I eat in Tampa Bay? →