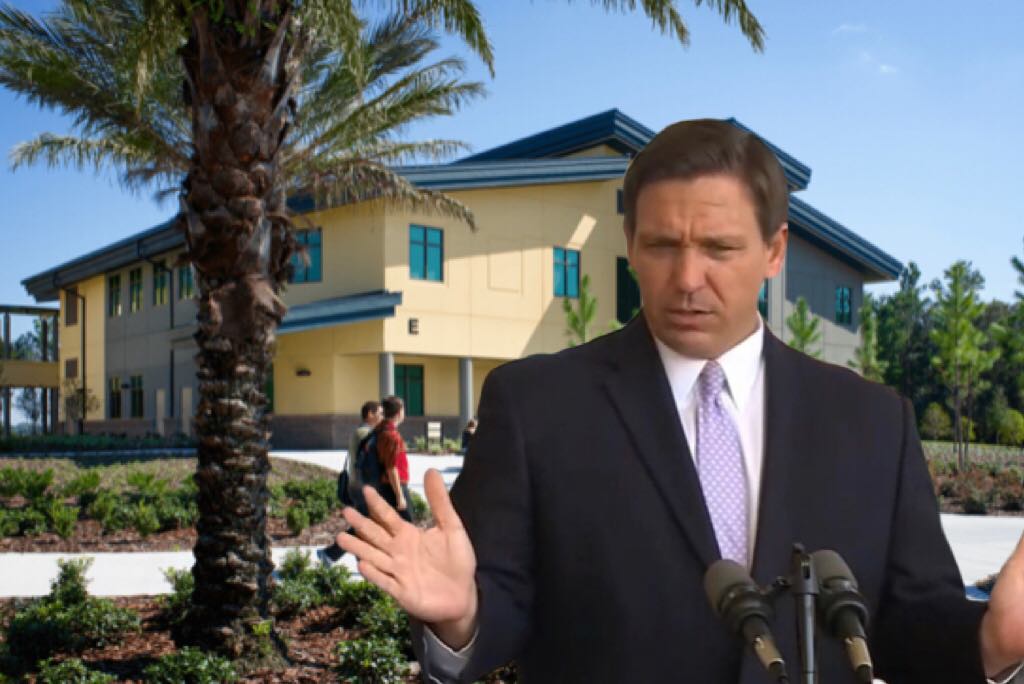 During an event today, Florida Gov. Ron DeSantis unveiled his $100 billion budget for Florida’s 2021-2022 session.  As part of the budget, DeSantis made it clear that it will not provide Hillsborough County with 0.000033% of the budget to fund workforce development, public school summer bridge programming, music education for children, safer crosswalks at public schools, or regional public transit improvements.

“Many worthy programs in Florida require funding, and while we would love to help people in Hillsborough County, they have a gay mayor,” said DeSantis with a shrug. “Because of that reason alone, we gave Pasco-Hernando State College in Dade City $25 million to fuck around and do some bullshit while vetoing $3 million in funding for programs that help children and poor people.”

While many of the vetoed items would have helped nonprofit organizations that have struggled to stay afloat during the pandemic, DeSantis made it clear that Pride month makes him feel uncomfortable and he will do everything he can to hurt as many gays as possible.

“I know that in Tampa, gay people are allowed to be mayor,” said DeSantis while checking his notes to make sure it didn’t say something more offensive. “Me personally, I’m not gay, but I am Republican and because of that I can’t in good conscious help lift poor people of out poverty, they have to lift themselves up.”

DeSantis then winked at a male reporter in the front row of the press conference.

“I know you might be wanting a clear explanation as to why we vetoed all those Hillsborough nonprofit projects but the answer is simple,” slurred DeSantis.  The Florida governor then burped and many of the journalist in attendance were hit with a strong whiff of whiskey breath. “Fuck poor people, especially if they live in Hillsborough County.”

Dade City, a city with a population of 6,500 people, was excited at the fact that they were going to receive so much money to blow on their sad excuse for a community college.

“They are actually giving us less than what we asked for,” said PHSC spokesperson Somold Whytedude. “Our students are really going to benefit from these new state-of-the-art buildings in the middle of nowhere.  Much better than poor people trying to get around the entire Hillsborough County, or poor people trying to reenter the workforce, or poor public-school children who had a whole school year taken away from them and now can’t safely cross the street to attend school in person.”

Dade City is also happy that they are finally getting attention for something that is not related to the racist folks in Hernando County or all that anti-vax stuff.