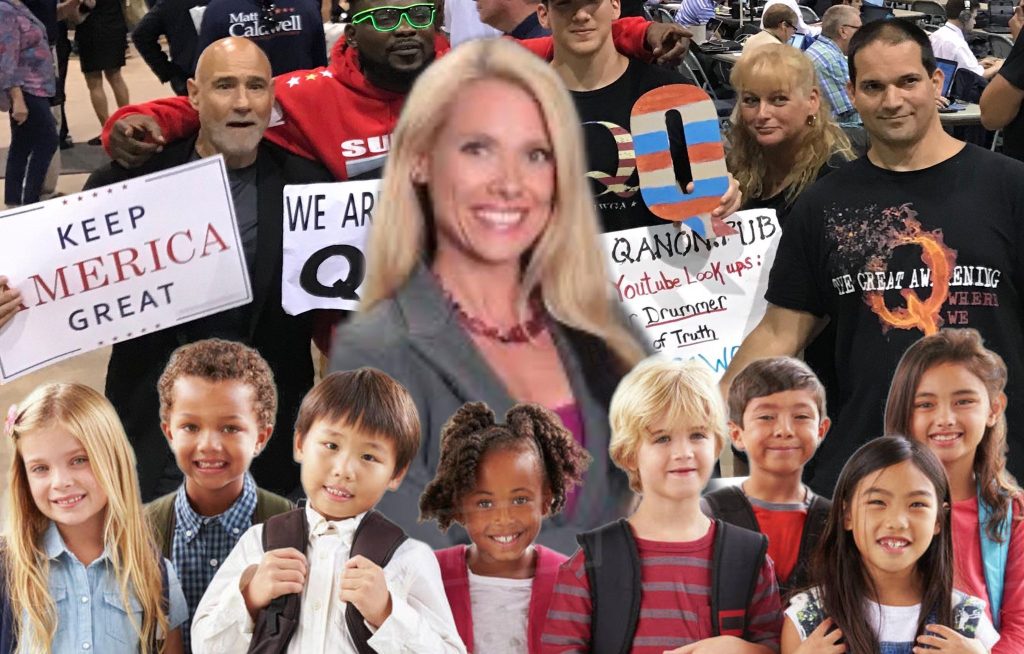 The newest member of the Pinellas County School Board is Dawn Peters, a self-described “Florida native, a successful businesswoman and a devoted mother to two children” who is absolutely not a supporter of QAnon, an American political conspiracy theory and political movement that originated in the American far-right political sphere in 2017 and is based on numerous false claims made by an anonymous individual or individuals known as “Q”, in spite of the fact that photos she posted to her own social media platforms would indicate otherwise.

Sure, she once was on record as supporting the notions that the September 11 terror attacks, the moon landing and the coronavirus pandemic were all “hoaxes.” But she doesn’t say that anymore. Now she says she has “no idea” whether those proven historical occurrences were hoaxes, and that people should “think for themselves.” She also says she doesn’t know what a QAnon oath is or what she might have been thinking when she shared the ideas on line that included the hashtags “QAnon,” “QArmy” and “Q.” Obviously her integrity and her qualifications to hold a position of influence over impressionable school children are beyond question.

Welcome to the Pinellas County School Board, Dawn Peters! We can not wait to see what you do next. And we mean that sincerely.