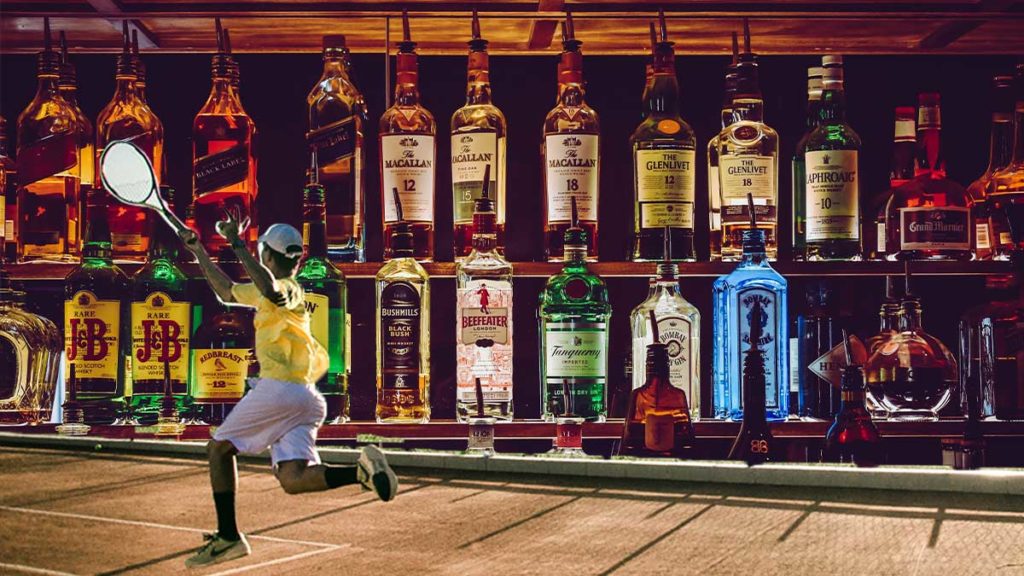 The combination micro brewery/tennis complex, “Pete’s Tennis Lounge” in west Pinellas county, has lost its liquor license after numerous instances of the establishment being caught selling alcohol to minors.

The venue which has only been open for two months, has been the cause of ongoing controversy, as it’s the first local tennis court/full-liquor bar, drawing a wide demographic of adults and children alike, causing uncomfortable confrontation between the generations.

“It’s not right.” Said Milton Poleo, a 76-year-old Cavalry veteran, who lives out his retirement playing Tennis and Bocce Ball. “I just want to play Tennis and sip some gin-and-tonics, while my brain slowly deteriorates.” Poleo was suddenly very effected by the sun. “I can only stomach so much time outside these days, I hate having it being interrupted by children in shopping carts crashing into trees and light poles.” Poleo gestured towards some kids with ripped clothing, busking in the parking lot.

The children tell another side however.

“Our friend Betsy works here and she invites us to drink the old liquor nobody wants!” Said a boy who chose to remain anonymous.

“We buy the old stock off her for a quarter retail, then we just drink it and sell off the backwash at the bottom to even younger teens, for twice the price we paid!” The boy proudly and enthusiastically said.

“It’s a self-sustaining system, everybody wins. The dumb business gets to unload their old booze, we get drunk, we make money, and the young kids get drunk, but they can’t tell how diluted the sauce is because they don’t know any better! Suckers!” Shouted the boy.

When asked whether there was any validity to what the boy said, the manager of Pete’s pulled a loaded sawed-off shotgun out from under the bar and placed it under my chin.

“You want me to pull this trigger?” He said.

“Then I suggest you pick up your journalism equipment, and kindly get the f**k out of my bar.” He said.

So I left the bar. And I wasn’t able to find out anymore information after that. Except for the note I found under my steering-wheel which said, “I know the truth about Pete’s! Contact me for the answers!” But the problem was they didn’t leave a number. I checked the note a few times, there was no clues how to contact whoever left the note. Such a shame too, because it’s the exact information I was looking for. I don’t know how I haven’t gotten fired yet.