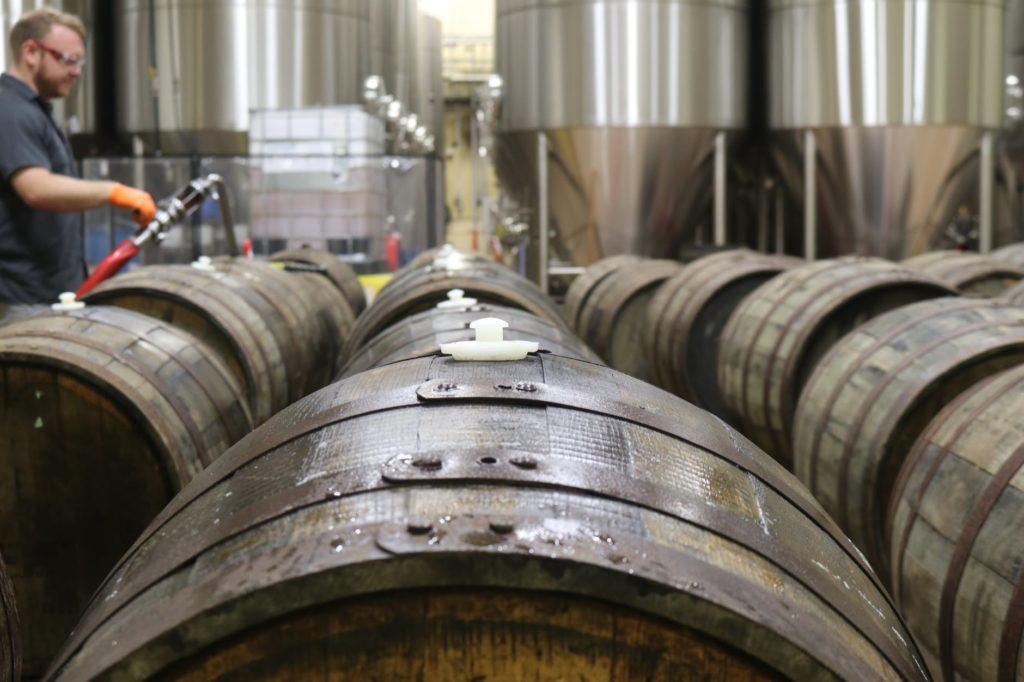 Yet another craft brewery has opened in the Tampa Bay area, this time in Seffner and this time, being marketed in an exceptionally poor fashion.

“Hops Around” is located in the Mango Shopping Plaza between the Sally Beauty Supplies store and the Hong Kong Chinese restaurant, and virtually nobody knows it’s there or even what it is.

Christina Baldico, who lives nearby was one of only three customers when I visited. “The beer isn’t bad, but honestly I only came in here because I’m trying to find a bouncy castle to rent for my 7-year-old’s birthday party,” she said. The other two patrons were wearing the establishment’s work uniforms and appeared to just be employees drinking beer and playing pool.

Owner Martin Playa says, “The name is clever. I’m very proud of it. Sure, that lady didn’t come in here for beer, but she bought some and she’s loving it. We picked up a customer who had no intention of coming here! I’d say that’s some very effective marketing indeed! You ever see someone buy a Pepsi instead of the laptop computer they were shopping for? I don’t think so.”

Mr. Playa went on to talk about some of his other bad ideas. “Our slogan is ‘Drink our beer if you want to get that cool mouth feeling!’. I asked him it wouldn’t be better to say something about it being cold and refreshing and he replied, “That’s any beer. Everybody says that. We want to stand out”, as he showed me one of their bottles which features a dark green label with something indecipherable written in brown ink.

“There’s a nail salon a couple of doors down. I put flyers on the windshields of their customers cars so we can get some ladies in here”, he said, tapping his temple with his index finger.

“And of course we’re on social media. You can’t operate a business without that these days. So we have a Facebook page. Well, it’s my personal page, but there are some pictures of the brewery there. I’m not on it very much… too many politics… but anybody can send me a Friend request and whenever I’m on it again and I approve it, you can check them out”, he said. “We’re doing pretty good; if you Google ‘BEER NEAR ME’ from right here in the middle of the bar, we come up at the top of page 87. Top hundo, baby! Not bad for a place that’s only been open a year and is losing thousands of dollars a day!” He hesitated and added, “I don’t know why the Younger Years Learning Center daycare facility comes up on page 16 of that search, but that’s the internet for you, I guess.”

He went on to talk about his decision to open a craft brewery in Seffner. “People don’t realize what a vibrant night life scene there is here. I see so, so many cars drive past at night, especially on Fridays and Saturdays. I don’t know where they’re going because it isn’t here. At least not yet”

He went on, “Friends and complete strangers try to tell me I’m making huge mistakes but they’re stupid. Look around, this place has everything; craft beer, televisions, games…” That’s when he noticed the two employees who were now having sex on the pool table. “Hey, come on guys! We talked about this. Not on the pool table. That’s what the kitchen is for.” He looked back at me, chuckled and said, “You make your own kids a part of the family business and you still have to keep an eye on them. What are you gonna do?”

At that point, someone came into the bar and Mr. Playa greeted him warmly and introduced me. “This is Kevin! He’s a businessman and one of my best regular customers! Let me get you a cold one, Kev. Let’s get you some of that cool mouth feeling! Ha ha!” When he stepped away, Kevin said, “Oh, I’m not a customer per se; I just check in every couple of weeks, anticipating the inevitable. This site is eventually going be an excellent location for the CDB dispensary I’m going to open.”