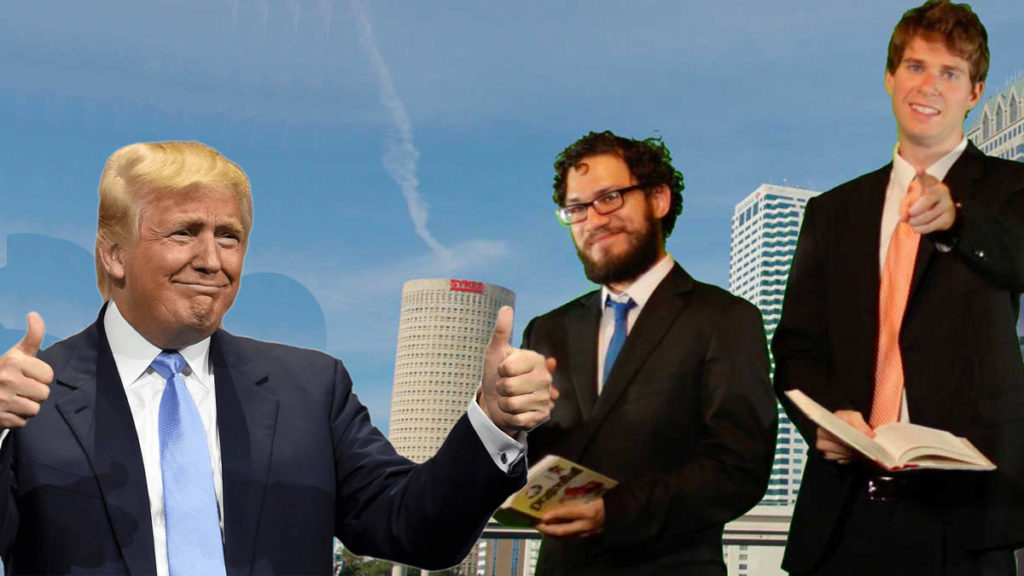 During his most recent conference concerning the COVID-19 safety measures, President Donald Trump took a moment to congratulate Tampa News Force as the only news organization brave enough to report the real news.

“You are doing a great job,” said Trump while pointing directly at me. “Unlike the other fake news media who came to this press conference and decided to report fake news. Tampa News Force is physically helping the people in Florida get through this disaster.”

I agreed with Trump, and then I surveyed the room of fake journalist who were all sitting six feet apart from each other. One of the fake journalists stood up to ask a question, but I threw one of my Japanese throwing stars straight at their neck.

“Good luck spreading your lies now, Fake News Media,” I said to the Tampa Bay Times reporter who attempted to ask President Trump a fake news question crafted by his fake news organization that attempted to smear the Presidents lies into bite-size pieces of untruth words.

Another news person stood up to ask what he thought was a serious question, but I took out a wine corkscrew and stabbed him in the face, uncorking his eyeball from his skull.

“You like the taste of the truth,” I said while gruesomely uncorking the eyeball of the journalist who spent many decades reporting from “The Hill” which is a nickname given to the reporters who cover lies from Washington D.C. exclusively.

Trump then tossed me a ‘Keep America Great’ hat as a thank you for helping him report the truth to everyday working Americans.

If you have read Tampa News Force at any point within the last six months, you will automatically be registered to vote for President Trump in the upcoming election and you do not need to report to any voting location.  We hope this will help ease the wait times at polling areas, and we are legally required to let you know that if you change your mind you will be deported to a random selected country listed within the last six generations of your family’s history.