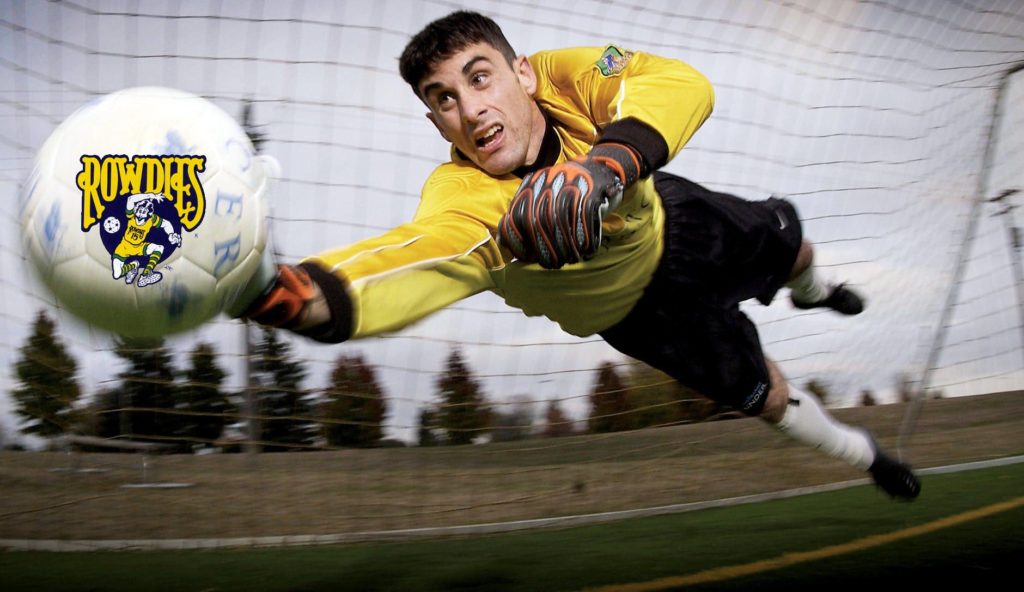 The Tampa Bay Rowdies soccer club has signed a new goalie and he’s exempt from being a role model, due in large part to his name.

“Hello, I’m Balz Fuchstich. It’s nice to meet you”, he said. “My full name is Balzz Fuchstich but I prefer to go with the far less formal and stuffy ‘Balz’.”

Fuchstich is a goaltender from a small island nation somewhere in the Mediterranean but also near Germany somehow. He’s expected to significantly upgrade the Rowdies overall level of competitiveness this year but won’t be working in any community involvement campaigns.

“One of the first things Balz said when he signed his contract was that he really wanted to get involved in the community, teaching kids soccer skills or helping them learn to read”, says Rowdies public relations intern Beth Prowter. “We told him that wouldn’t be necessary and that he doesn’t need to worry about that. I mean, it’s a nice gesture but the guy’s name is ‘balls’. And his last name is also… problematic. Parents would flip out.”

Some fans ARE already flipping out, good and bad.

“I love the new guy! Balls Fuckstick!! Hell yeah!! That kicks so much ass!”, says self-identifying hooligan with a green and yellow Rowdies scarf around his neck, Travis Spredwell. He shattered a full bottle of Budweiser over his shaved head and started chanting, “BALLS! BALLS! BALLS!” during the middle of his aunt’s funeral.

Another fan, Lyla Gristoon says she won’t support the team going forward. “I think this new guy is a pervert. How am I supposed to explain to the children I’ll never issue from the barren wasteland that is my 63-year-old uterus that this foreign pervert has chosen such a weird, hypersexual, profane, obscene name for himself?” I answered that people lacking a certain level of maturity, like Travis Spredwell, might interpret it that way, that we may not even be pronouncing it correctly and that probably where he comes from it’s just a regular name before she cut me off, yelling, “THEN WHERE HE’S FROM IS HELL!”

Fuchstich himself interjected, saying, “No no, the first gentleman is pronouncing it correctly. But the lady is incorrect; I’m not from Hell.” “NOT YET YOU AREN’T, YOU GREEK GERMAN PERVERT!”, Lyla replied.

The Rowdies say Fuchstich will not be featured on trading cards, calendars or any promotional materials whatsoever but is expected to start every game in goal, win a bunch of games singlehandedly and be paid millions of American dollars.