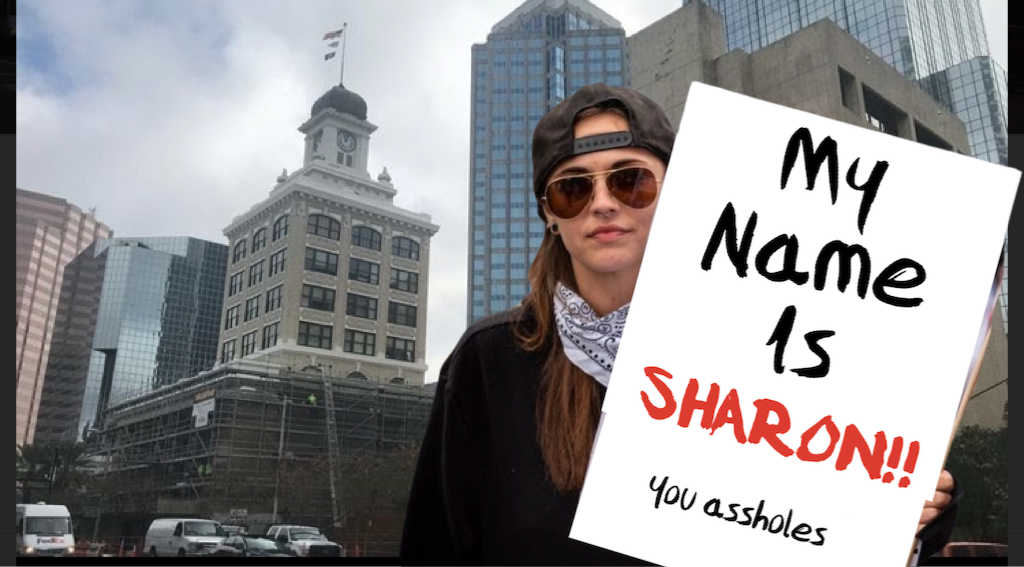 A group of women gathered outside of Tampa city hall this afternoon to make themselves heard on an issue that’s very important to them.

Identifying themselves as Women Not Named Karen Who Resent Being Called Karen (WNNKWRBCK), they want the public to know that they’re not ashamed of their behavior during a spate of recent incidents that have drawn negative attention in the media.

“When we ask to speak to a manager or throw a tantrum in a public place or otherwise seek more than our due share of attention, it’s 100% completely justified, every single time. Not only are we not ashamed of that, we’re proud of it. Get our names right! It’s not Karen!!”, said one protester who declined to give her name.

Meanwhile, an opposing group had gathered on a corner across the street and attempted to shout down the first group.

These protestors were comprised of Women Actually Named Karen (WANK) who are tired of their name being used as a slur. “I’m a nice person! I’ve never once berated a cashier for any reason”, said a member who also refused to give her name but it can be safely assumed it’s ‘Karen’. “Why am I being equated with infantile and inappropriate outbursts, just because my parents named me after my grandmother? She was a sweet lady and so am I. There’s nothing wrong with my name! They should be glad to be called Karen!”

The two opposing sides yelled at each other for about twenty minutes before a third group showed up on another corner, joining in and screaming at both groups.

“We don’t care what they’re fighting about. We’re just here to be heard,” said a man whose name I didn’t even bother asking. “It started during the BLM marches but those have kind of died down. And as important as that cause is, what I really miss is yelling at people. Sure, I have Facebook but there’s no substitute for getting out here in the street; the fresh air, the sunshine, the expressions on people’s faces. So I’m here to yell at everybody, regardless of what the issue is. It’s really just a recreational activity for us at this point.” He paused briefly and added, “Gosh, I sure hope neither of these groups supports nazis. Hey, are any of you nazi sympathizers?”

At this point a much smaller group showed up and occupied the fourth corner of the intersection. They didn’t have a group name but a man named Dennis said they were all named Dennis.

“These Karens think they have it tough?”, he asked. “We’ve had to put up with people rhyming our name with ‘menace’ for decades. ‘Hey Dennis, are you a menace? Ha ha ha.’ We hear that shit several times a day, including every single time we’re introduced to someone. Suck it up and welcome to our hell, Karens!”

By now, several members of each group were very confused and randomly quitting their groups, leaving their assigned corners and joining other groups. “I’m not sure whose side I’m supposed to be on!”, exclaimed a Karen or Not Karen, tearfully.

The multi-cause demonstration ended suddenly when a bystander waiting for a bus remarked, “Who gave these idiots megaphones?”, just before everyone united as one group to chase him to Curtis Hixon Park where he was dismembered.