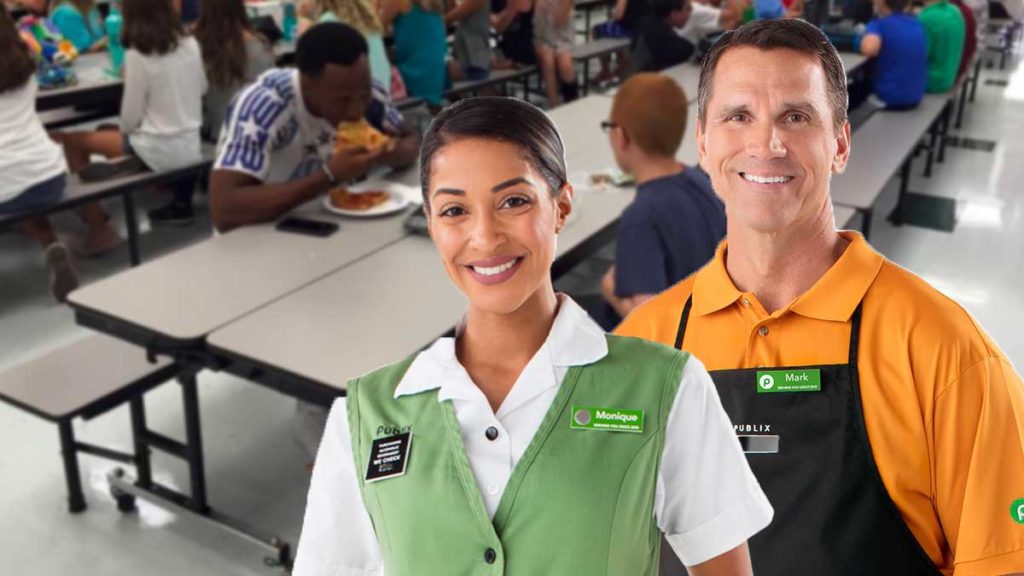 As part of a new sub promotion by the Lakeland-based grocery chain, Publix has pledged to support every public school in Florida free lunch for the next two years.

“We waste so much food every day at all of our grocery stores,” said Publix Director of Finances, Susie Jonas.  “To detract people from dumpster diving, we have decided to instead donate all of our unused food to hungry children in need.”

Jonas gave us a tour of a local Publix to show how the operation would be handled.

“At the end of the day, all of this food you see here would be compacted and incinerated to power the store,” said Jonas while showing us a mountain of almost expired food. “With this new program, after the food is compacted, it will be processed into small mixed food balls that are shaped like subs. Those will then be given to all the poor children whose parents don’t have the time or money to prepare breakfast and lunch on a daily basis.”

“We are complying with the Florida government on every aspect of the food balls. Health wise, they should be making our school-aged children stronger, faster and more alert than what is currently being served to them.” Said Jonas while watching as I gagged at the smell and taste of the sub-shaped food ball.

A study conducted by the Florida government found that most children weren’t getting enough raw meats in their diet.

“Our compliances guidelines said that the children require at least two servings of raw meat so that they can grow up to be big and strong,” said Jonas while continuing to give us a tour of the store.  “Of course we have to deal with the upcoming fraud of people posing as school aged children who will sneak in to the cafeterias and take some of the food balls that are meant for children, so we are training cafeteria workers to spot these folk and provide them with veggie-only sandwiches.”

The new program is set to start in January.