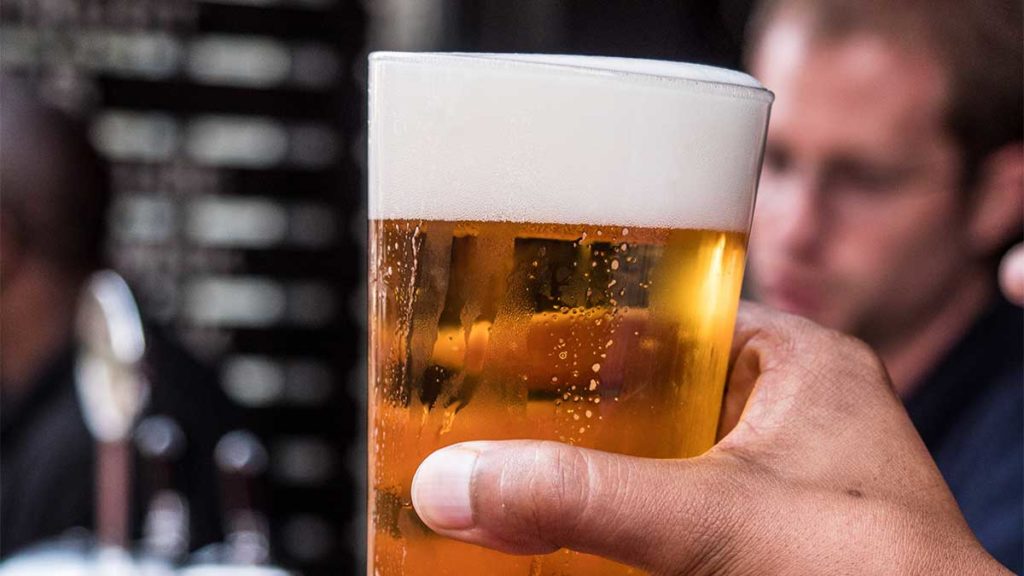 While attempting to drink at all 57 breweries located throughout the Hillsborough, Pasco, and Pinellas counties, Greg Cleveland died from alcohol poisoning at the 50th stop.

“It was always his dream to drink at every brewery, all within one day.” Cried his best friend who actually completed the full 57 brewery tour. “I didn’t want to do this, I feel like I enabled him by also going with him I figured we would just get drunk and give up, but he didn’t want to, he kept making us get back in the car. We would run in, chug the beer, then run back out and drive to the next location.” The best friend said.

“We were averaging like 8 breweries an hour, and it was a great time, but by that 6th hour, things had just gotten out of control, it was way too many beers in too short of a period of time. I mean, I feel fine, but I guess I have a stronger liver than Greg did, that’s why I thought we would be okay, I really didn’t think it was that big a deal, I mean again, not meaning to brag, but I personally have drank like 65+ beers within one night and then went out to a couple bars afterwards.”

The best friend breaks down into tears.

“But none of that matters now. My good buddy ol’ pal is gone but not forgotten” He points to the sky and pours out a bottle of champagne.

“We popped this after we finished our first 3 breweries. We figured if we’ve already gotten 3 done so quickly, we can take a break, chug some champagne, then finish off the rest of the 54 breweries. Sadly, we both threw up half-way through the bottle, so we just left it in the cup holder in the back of the GMC for later.” The best friend starts pacing in the parking lot of the brewery that I’m talking to him in.

“I’m just so beside myself from this whole thing, it’s really consuming my thoughts. I just want things to get back back to normal. I just want to be happy again.”

The best friend lets out a huge burp.

“Excuse me! I guess it was just gas, I think I’m fine!” Clevelands’ best friend then does a cartwheel and heads back in towards the brewery.

Alcohol poisoning is not a joke. Addiction is not a joke. If you or a loved one shows signs of addiction get help any way you can. Don’t take no for an answer. Force them to get help. Or not. It depends how intwined your lives are, for all I know, you might not care about your addict friend. Maybe you’re the addict friend. Have you ever thought about that? Maybe you should. Maybe less time on satire websites, more time calling your addict friends. But is it really that fun to hang out with an addict anyway? Seriously? When was the last time you were like, “Oh yea, my addict friend is a real hoot, I love kicking it with him.” And you might be thinking, “hey how come the addict is a him? Women can be addicts too. And other genders as well.” And to that I say: It was just a random choice and I think phonetically it sounded smoother and flowed better to write “him” there instead of “her.” Strictly a linguistic choice, nothing gender-biased.

Now that we’re past that we can get back to the story… Wait, it’s already over? Seriously? But it was just getting good. (No it wasn’t.)

Oh no, not you again, what do you want now?

(I want you to build a boat, because a storm is coming.)