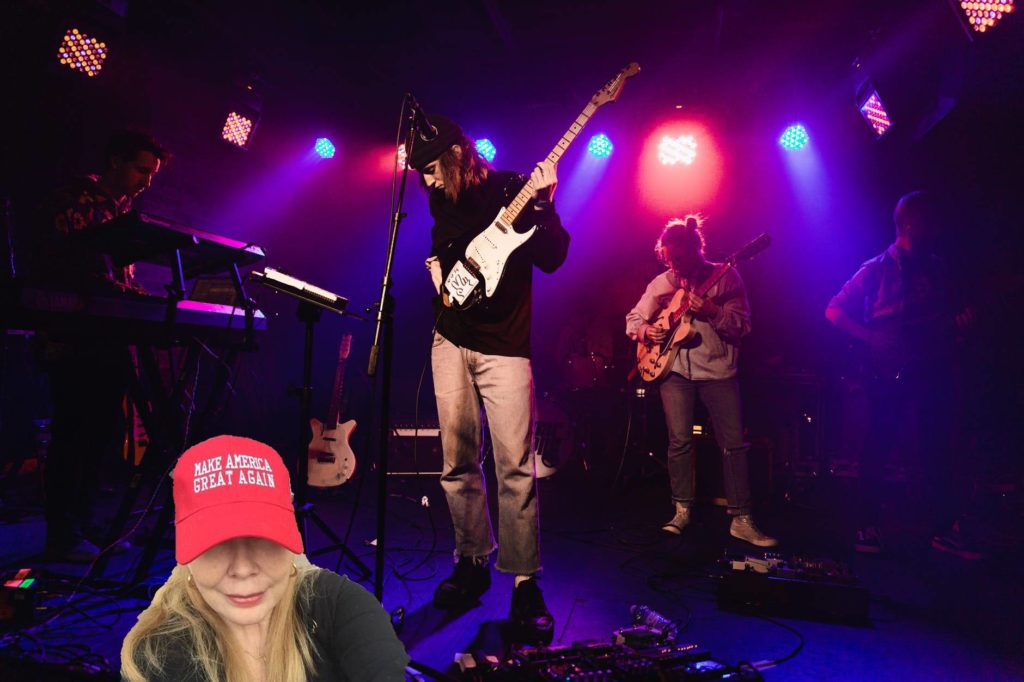 Notorious punk band The Slurs has had an upcoming concert at The Orpheum in Ybor City cancelled because of what’s being labelled an ‘unfavorable element’ among fans who attend their shows.

“It’s rubbish, is what it is”, said lead singer Ian Blood in an obviously fake and poorly executed English accent. “Punk rock is about anarchy and upsetting the status quo. If it upsets the establishment, well, that’s too bloody bad, innit? That’s us and that’s our fans, mate.” I asked him, “Aren’t you from Clearwater?” and he replied, “Oh, do shut up.”

“Yeah, we’re fully aware of what punk rock is and what it’s supposed to represent. We’ve been showcasing live music in Ybor for the last 20 years”, says Roger Glungton, a bartender or manager or maybe the owner of The Orpheum. “The problem with The Slurs is that an increasingly large segment of their audience has no clue what the band is about. They’re just attracted unironically to the band’s name. We don’t want those people here.”

One of the fans to whom the description applies is Carol Geemer, a 62-year-old real estate agent from Carrollwood. “Oh man, I love The Slurs! Everything about them. I can’t get enough! They feed my very soul! And it pisses me the hell off that this PC Millennial snowflake safe-space ‘cancel culture’ is having a negative impact on them.” He added, “I am surprised to learn that they’re a band, though. I’m sure I’d absolutely hate their music if I ever heard it.”

“Nothing kills a punk show vibe like a bunch of boomers in MAGA hats hanging around, with no idea where they are or why they’re there”, says Glungton. “Frankly, it’s just bad for the club’s branding.”

“I feel bad for The Slurs but I also understand why the venue is doing it. Unfortunately, like it or not, marketing is a vital part of rock and roll and everything about you and your image feeds that, including your band’s name. That’s a situation where you just need to know what you’re in for,” says Geo Tworsz, drummer for a band known as Gag Reflex, that is currently booked on a tour of local adult video arcades.