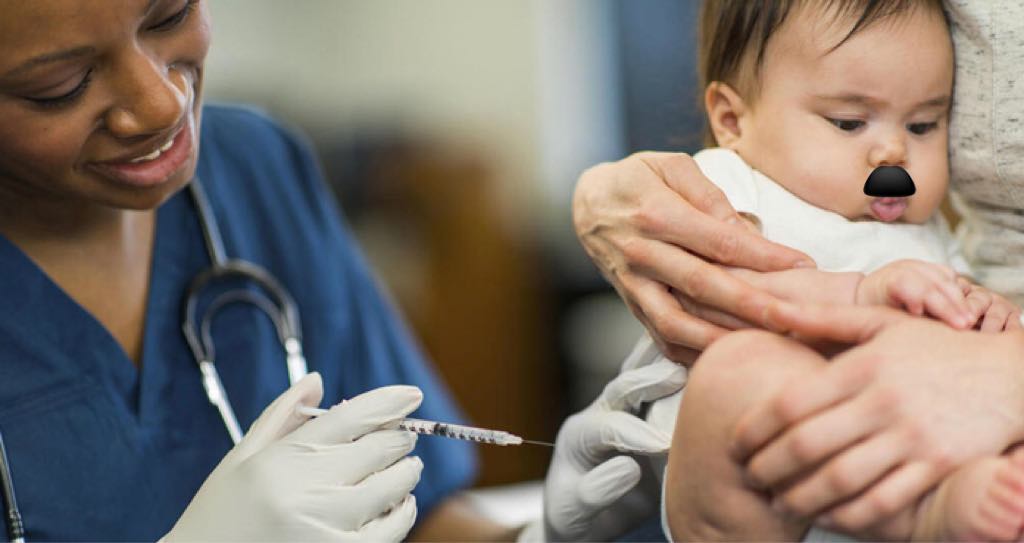 A baby who was born racist received the first ever anti-racist vaccine, which works by attacking the racist cells in the body, transforming the babies DNA into a sequence that is not racist.

“We’re super woke so we wanted to risk our baby’s life on it.”

The controversial lab which developed the vaccine, Haywire Labs, has taken lots of heat for the experimental injection.

“We knew people would be upset that we’re trying to fix the world, but that’s just what happens when you’re a God, people don’t understand your genius and they want to write their own Bibles. I know what’s right, my ideology is flawless, the world should be like me, and one baby at a time, I will create that world which I have already built in my brain.”

“I reverse-bioengineered my own DNA, and I know that doesn’t sound like a real thing, but trust me I’m smarter than the rest of the world, I made it work, and then I rebuilt my own DNA even more flawless than it already is, and viola, you have the perfect, most anti-racist, vaccine there is!” Vix proudly explained.

And while there had been much anger on the internet over the labs controversial practices, no one has physically showed up to the labs facility and there have been no real-life consequences for the labs actions. It’s only been people talking on the internet while babies come in to get anti-racist vaccines.

There was a list of other things the vaccine also did besides make the baby not-racist, but my boss didn’t think any of the other abilities were newsworthy. It give you telepathy, diamond skin, and heat-vision, but the man upstairs said, “the only thing people care about is whether it’s racist or not.” So here I am again going with his narrative and his agenda just because I’m scared I’ll get fired.

God I hope one day I have the courage to stand up to my editor. I’m not going to writ

e any more of this article in protest of my disdain for the boss. He won’t even notice, he only checks the articles to see how long they visually look.

Takes one look at the article, checks to see it’s “a lot of words” and then out it goes, into the TNF machine. It’s unbelievable what this company is getting away with. There needs to be some accountability here.