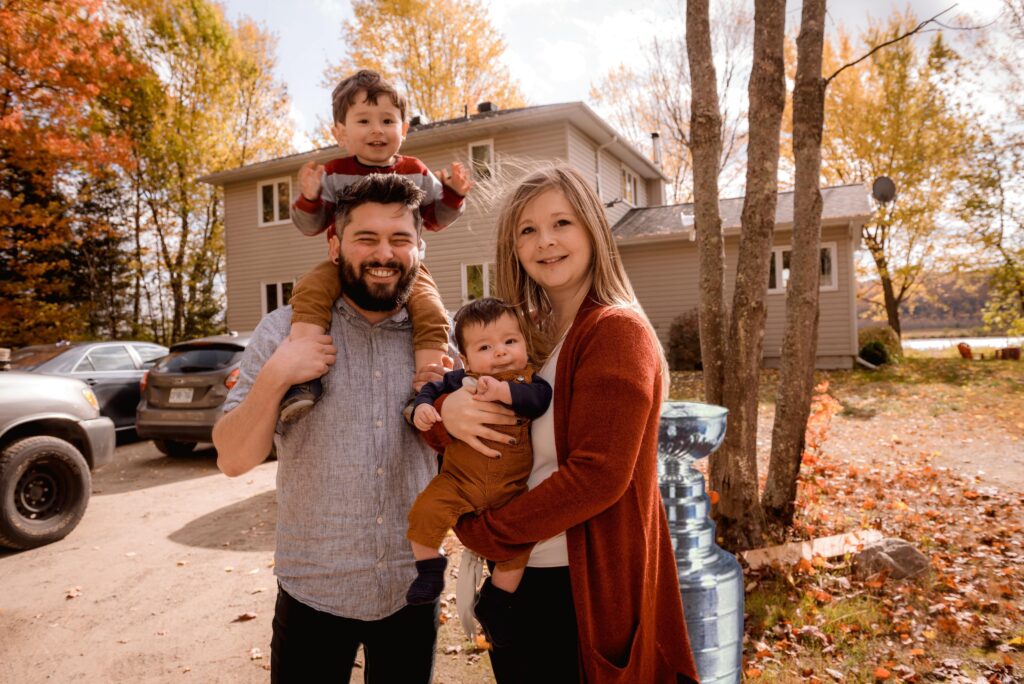 Dennis and Jo Ann Jitworth and their two kids Teddy and Marcus enjoyed a nice pleasant weekend with the Stanley Cup, courtesy of the Tampa Bay Lightning, the reigning NHL champions.

“Yeah, pretty cool, huh?”, said Dennis. “I don’t understand why but it was nice of them to let us have it for a couple of days, I guess. We couldn’t think of anything to do with it; it’s not really very functional. But I liked looking at it though. It’s very shiny.”

Since defeating the Dallas Stars in the 2020 Stanley Cup Final on September 28th, the Cup has been on a whirlwind tour of the Tampa Bay Area.

“That’s one of the things that doesn’t make sense; we live in Georgia”, said Jo Ann.

The Jitworths reside in Dasher, a small community just southeast of Valdosta. “Yeah, we don’t even care about… what is it? A hockey thing? We like football”, she said. “I mean, it is pretty. It’s lovely.” Dennis added, “Most definitely, thanks to the Tampa Lighting for letting us hold it for a couple days. Anybody who was even a small part of winning that championship would be thrilled to have just a moment with it up close. I’ll remember this experience for weeks.”

Phil Pritchard, who works for the Hockey Hall of Fame in Toronto and whose primary responsibility is escorting what is considered the most famous championship trophy in sports, thought it was odd too.

“We had the boat parade and that was fun. Of course, the players and coaches as well as certain high-ranking team staff and local dignitaries all had time with it. And then we made some media appearances and visits to civic organizations, social clubs, high-end team sponsors, bars, restaurants and other businesses. That’s all pretty standard,” he said. “Then one day, one of the executives told me that they had run out of places to visit and people to show it off to, so he had just arbitrarily picked these people who live 15 miles north of the state line to share it with. I said, ‘okay, but isn’t there anybody else locally, like maybe some front-line employees who’ve worked for the team for over a decade that have helped bring positive recognition to a team that was once of the very worst in all of professional sports in every measurable way, by creating and dedicating themselves to a culture of world-class customer service and professionalism who might enjoy the experience more? I’ll bet those folks would really appreciate a chance to feel like they’re a part of this organization by participating in the celebration of this achievement, especially since they were denied the opportunity to experience it firsthand due to the pandemic.’ He just laughed and reminded me that it was my job to travel with the Cup, not worry about it’s itinerary. I’m Canadian so I didn’t argue with him but I think it kind of sucks.”

When asked about this, a team spokesperson said, “Our staff is very important to us, even the lower ones. At some point we’ll do something for them. We make an agenda item to talk about it at meetings sometimes. We’ll probably hold a special event just for them, for up to a full half hour maybe at 3am on a Wednesday where we’ll herd as many of them in and out as possible so a bunch of them can look at it from a distance for a minute or two. In the meantime, maybe one of those mysterious monolith things will show up in their yards. Those things are pretty neat too.”