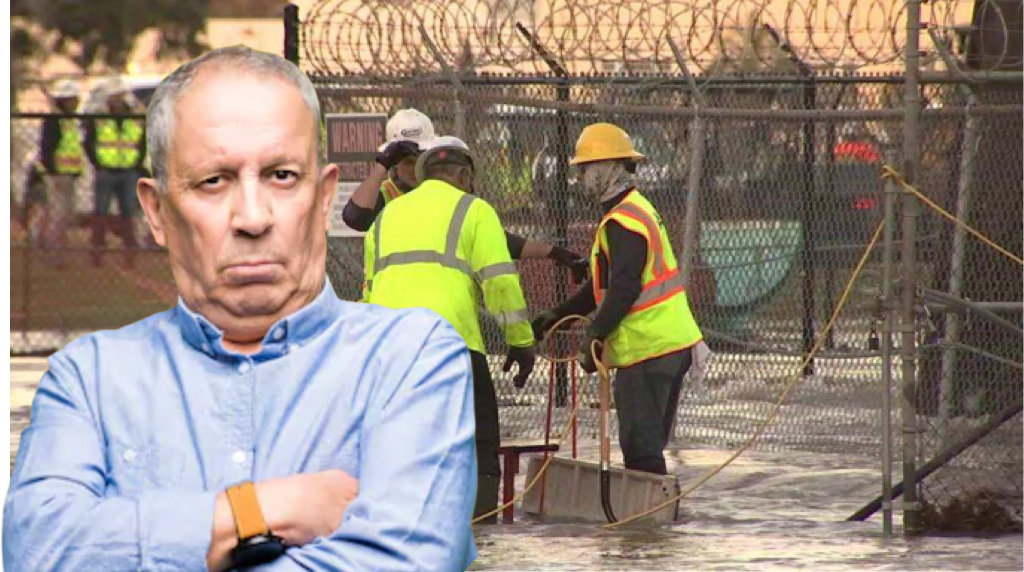 Biff Crumbler of Tampa is refusing to comply with the citywide boil water advisory issued after a large water main coming out of the David L. Tippin Water Treatment Facility was ruptured yesterday.

“How do I know a water main was ruptured? Because the media says so? Yeah, okay”, he said. “I got news for you, smart boy; the media doesn’t determine whether pipes are broken. Plumbers do!”

Some parts of the water system are experiencing lower water pressure as a result of the break and there is concern bacteria or viruses could have entered the water, so officials ask that people disinfect it before use.

“All right, so the pressure is a little low”, Crumbler said, fidgeting with his kitchen faucet and seeing a stream dribble out weakly. “That happens millions of times every year. Somebody flushes the toilet while I’m in the shower, oh no, I can’t rinse off for a few seconds and the water’s really cold! What am I gonna do?!? I guess I need to boil it and pour it over my head, huh? Please.”

“Although it is unlikely there is any contamination in the system, (this) notice means customers are advised, as a precautionary measure, to boil tap water for cooking and drinking,” this according to the warning issued for Hillsborough County. Efforts to repair the broken line are underway now and the advisory is in effect until further notice.

“Let me guess; if I buy bottled water, I don’t have to boil it”, Crumbler said. “Jesus, it’s so obvious what’s happening to anybody who thinks critically.”

Busch Gardens was forced to close yesterday afternoon and will remain closed at least all day today.

“Oh great, so now I can’t even go to Busch Gardens?”, said Crumbler. “I wasn’t planning to go, I haven’t been there in years. But what if I suddenly decided I want to? Our freedoms are being taken away, a little more each day and people are just standing by and letting it happen!”

Tampa General Hospital said it is taking steps to keep patients safe, with staff supplying bottled water, and leaders making arrangements with the state to have water delivered to the hospital.

“Ah HA! See? What did I just say?? Typical no-good, lying, greedy healthcare providers and first responders,” he said dismissively. “What have they ever done for anybody? And by anybody, I mean me, aside from that one time I was in there with a blood clot in my lung and they saved my life. But aside from that, all the rest of the time when I wasn’t in the hospital, the hospital has never done anything for me. Plus, I heard they get $3500 from Zephyrhills every time a patient says they’re thirsty, regardless of what they’re in there being treated for.”

“Look, if sheeple think boiling water is going to keep them safe just because the government says so, that’s fine. Go ahead, live your lives in fear. That’s not me though so don’t try to impose your draconian sanitary water-handling rules on me. Besides, if everybody else is boiling water, it shouldn’t matter if I do it! That’s just simple logic. Wake up!”, he said. “You can have my fetid, murky, contaminated tap water when you pry the glass from my cold, dead-from-oxidative-stress, inflammatory-reactions, and-metabolic-disorders hands.”