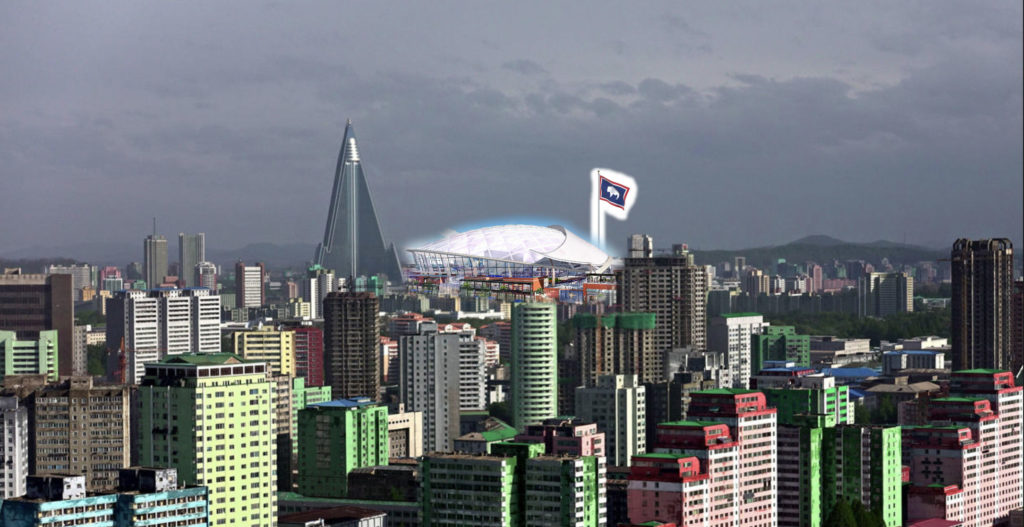 The Tampa Bay Ray’s have officially signed a deal to transfer their franchise to Pyongyang, North Korea, after a lucrative deal was offered by the foreign government.

“Nobody really cared about us here, so we figured ‘why not?’” Said Craig Bunt, Spokesman for the team. “Yea, people just kind of complained about parking, and the stadium felt like a garage full of food trucks, so we’re pulling the trigger as an administration and taking our talents to someplace that appreciates us.”

The news struck nobody as a surprise, as nobody noticed the Ray’s were coming up on another season.

“I hear loud wood cracking noises some nights.” Said Billy Cuthbert, local resident. “I forget we have a team, I know we have this big dome downtown (motions towards the tropicana center.) It’s just an eye-sore, I mean, it’s hurting my eyes (shrugs with both arms wildly.)”

“Welp, we never deserved them anyway.” Says mayor Rick Kriseman. “We always knew it was a matter of time before they realized we’d rather eat kava and listen to local acoustic sets. I guess this is what we get! (Shrugs with both arms wildly.)”

The team is set to kick off their next season in a month which they’re not really sure how to pronounce yet, or when it is. The stadium will be built from loose plywood and staples, but will feature the third largest flag on earth.

“I just can’t wait to get back on that field and swing for the fences.” Says Anthony Banda. “It’s going to be nice to play where they actually care about us.”