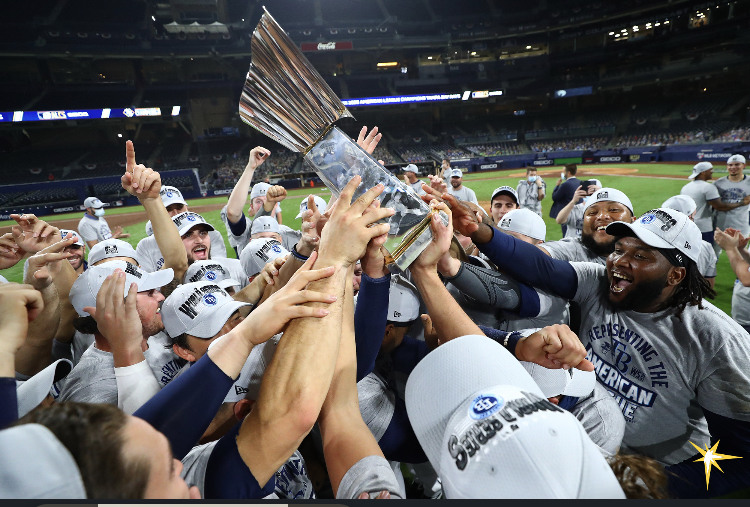 I asked Rays outfielder and ALCS Most Valuable Player Randy Arozarena if the Rays were inspired to greatness by playing in San Diego, the site of Super Bowl XXXVII in 2003, in which the Buccaneers defeated the Oakland Raiders 48-21 to claim the first professional sports championship in Tampa Bay history, and he replied, “Well, I was preparing to celebrate my 8th birthday at that time and also English isn’t my first language, so I literally don’t know what you’re talking about. But sure. Whatever, man.”

Without any similarly typical, trying-to-be-clever-but-actually-really-stupid-ass, sportswriter questions to ask, I finished writing this article by adding one more paragraph after this one.

The Rays will face the winners of Game 7 of the National League Championship Series tomorrow, either the Atlanta Braves or the Los Angeles Dodgers, but who cares about that tonight? That’s their problem. We’re the AL Champs, baby!