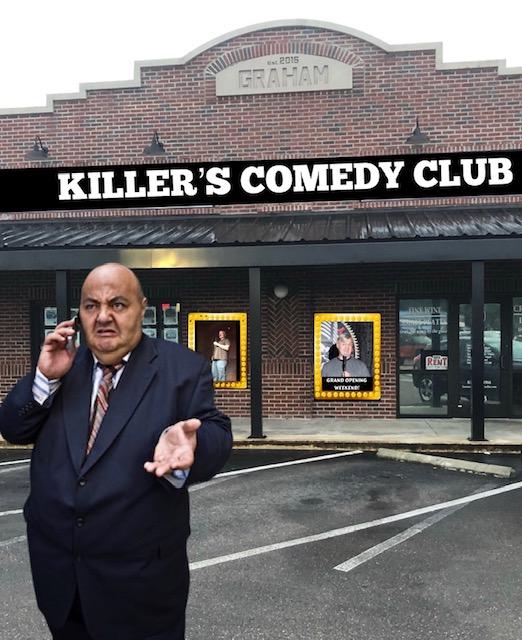 A new comedy club slated to open in the trendy Seminole Heights neighborhood of Tampa has been cancelled by outraged residents.

Orlando business man Marvin Killwich who is behind the venture is bitterly disappointed. “I can’t believe it. I thought people who lived here were progressive and open-minded. I guess they’re just a bunch of triggered snowflakes. I didn’t want to believe that PC culture has killed comedy but maybe it has. Sad!”

Killwich incurred considerable expenses to upgrade an old, abandoned warehouse on Florida Avenue, with a well-lit, resurfaced parking lot, a full-service bar and kitchen, seating fixtures and other amenities. “No offense to the comedy clubs that already exist in Tampa, but this was going to be a very high-end destination, offering a real VIP experience for a discerning clientele who would have seen nothing but top-flight comedians. In fact, I had to put a stop payment on the check I already sent to the opening weekend’s headliner, a truly legendary superstar of stand-up. Again, it’s just sad”, he said.

He had planned to name the club ‘Killer’s’, which is a personal nickname he’s had since… wait… it was going to be called ‘Killer’s’? In Seminole Heights? Well, no wonder it’s cancelled. That’s insensitive and highly inappropriate.

Seminole Heights was terrorized by a string of serial murders in 2017, during which four people were killed.

“Oh, so, what? ‘Too soon’?”, said Killwich. “Let me tell you something, pussy. There’s no such thing as ‘too soon’ in comedy or business and especially in comedy business!”

While disappointed, Killwich says he’s not defeated. “I’m no quitter. This didn’t work, but that’s Tampa’s loss, not mine. I’ll be just fine.” He says he will take some time to consider his next move, devoting his full attention to another new venture, ‘Casey’s Place’, a chain of day care centers to be located in the Orlando area.