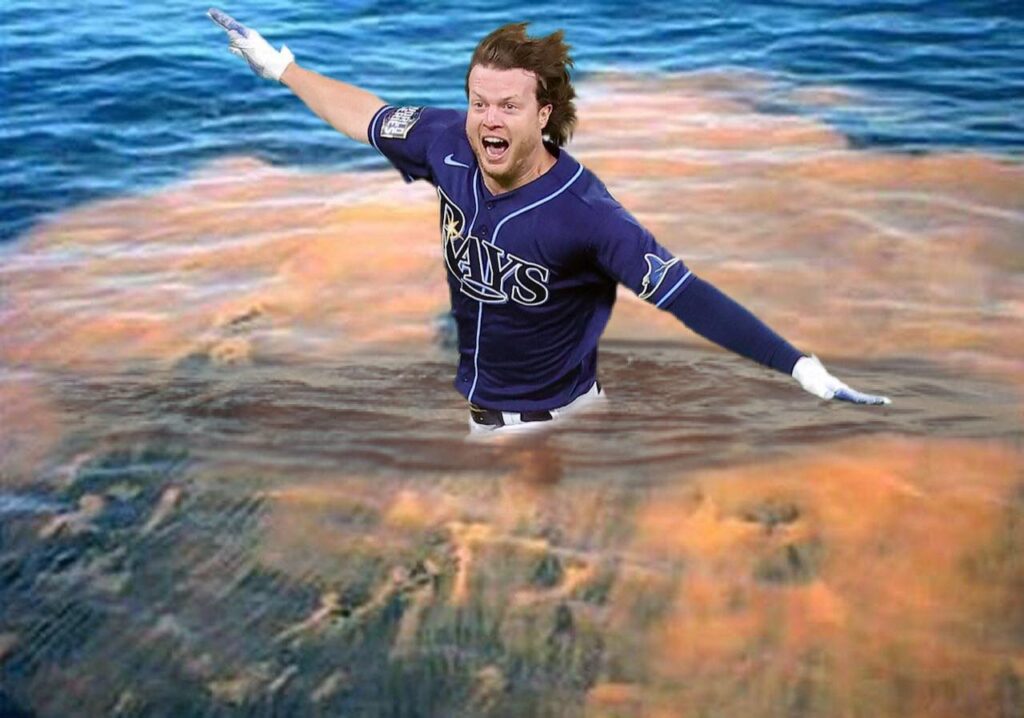 Following the Rays clinching the American League East Division for the second consecutive season while compiling the best regular season record in the franchise’s 23-year history, with 100 wins for the first time, many are wondering how such a thing could possibly happen, considering that the team was thought to be significantly weaker after losing players like Blake Snell and Charlie Morton, who were crucial to last season’s success.

The harmful algal blooms which result from large concentrations of aquatic microorganisms, such as protozoans and unicellular algae, that occur along coastal regions frequently has a negative impact on Tampa Bay Area beaches, due mostly to large quantities of dead fish washing ashore. Blooms of Red Tide this year have been especially concentrated and even more deadly.

“Here’s the thing with nature, though; nothing is either just good or just bad. Everything serves some sort of purpose”, said Dr. Rivers, who may not actually be, like, an actual medical doctor. “Everyone is familiar with the harmful aspects of Red Tide, so it was just a matter of finding out what the beneficial aspects are. And it turns out, one of those beneficial aspects is making baseball players play baseball better.”

All season, Rays players have been receiving daily treatments in which they’re immersed in Red Tide for 15 minutes at a time. “The players call it ‘tiding up’, which is kind of cute”, said Dr. Rivers, who I’m almost positive now is not legitimately accredited in any way. “And the real beauty is that it is NOT on Major League Baseball’s list of banned substances. So we can use it as much as we want.”

“I always like to say that Baseball Is Fun, because it is, but I can’t say I really enjoy tiding up because it smells terrible and makes my skin burn. Heck, I’m not a fish, you know! Then again, you can’t question the results.” said outfielder and huge fan of Tampa News Force Brett Phillips, before taking off to run around the infield like an airplane. “Zoom zoom! AL East Champs!!”

Dr. Rivers, whose diploma, I just noticed, has some coupons for Burger King along the bottom, said, “I’m not sure exactly how it works, just that it does. Also we happen to have very talented players and one of the best managers in baseball in Kevin Cash, so Red Tide is not solely responsible for our success. I’m pretty sure the Baltimore Orioles could have slept in this crap every night and they still would have lost 100 games this year.”