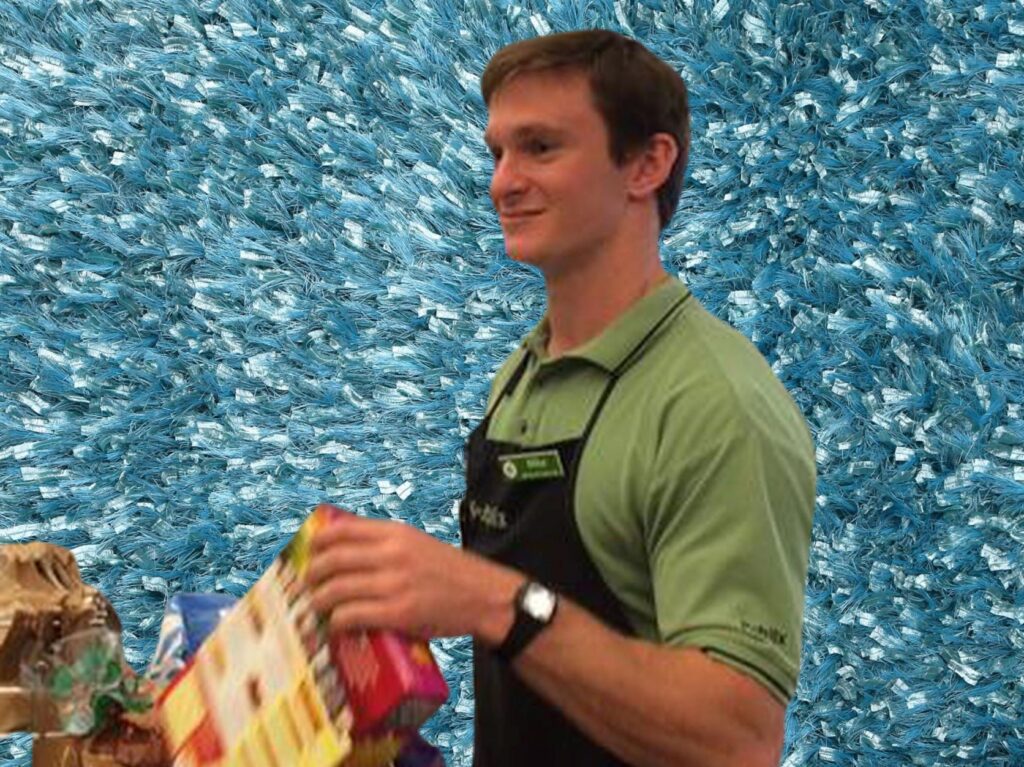 A new bagging policy at Publix is causing some concerns with customers who are not sure what “carpetbagging” means.

“From what I’ve gathered in my quick Google search, it’s some political term,” said Publix bagger Jeni Richards. “They didn’t really train us on it, so I brought this strip of carpet from my house and I bag all the groceries on it.”

The new rules have caused confusion among the staff, with many baggers using their own interpretation of the rules.

“Manager says we got to carpetbag everything,” shouted Richards as he aggressively checked my eggs to see if any were cracked. “That could mean I have to bag everything really fast or something, but I’m not about to start doing that.”

Richards quickly bagged my groceries, rubbed them on the strip of carpet, and then helped me walk them to my car.

“Honestly, I don’t see a difference between the regular bagging and carpetbagging, it’s all bagging to me,” he told me while strutting theatrically. “Sometimes, people just want power and they will go where they can find it,” said Richards before whacking me over the head with the strip of carpet.

“What the hell dude!” I angrily said to Richards.

“Now don’t you ever come back to this Publix, or I will kill you.” Said Richards.

“I’m running for office in another county, you don’t live there and your vote means nothing to me,” said Richards before placing his hand over his heart and leading me through his rendition of the Star-Spangled Banner.

Everyone in the Publix parking lot stopped what they were doing to join us. At the peak of the song, a military flyover happened and everyone erupted into thunderous applause.

Publix customers are encouraged to avoid the carpetbagging line.