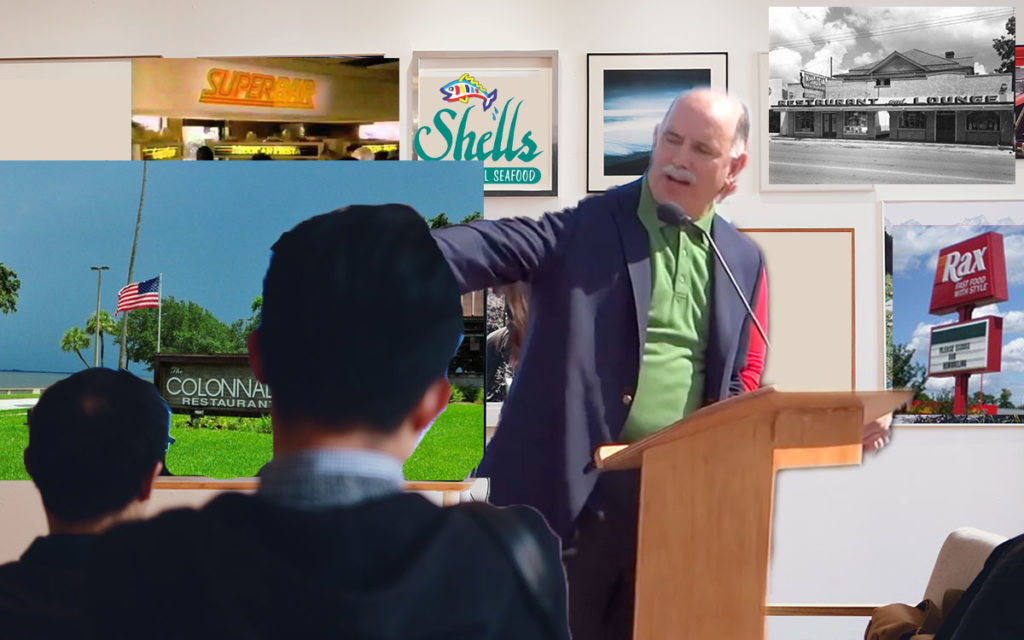 Following the successful revival of the Goody Goody restaurant, Columbia restaurant owner Richard Gonzmart has announced plans to bring back everything.

Having already secured rights to the Colonnade, the venerable Bayshore Boulevard seafood spot which closed a few years ago, and rescuing and restoring the beloved Storyland figures from Lowry Park Zoo, Gonzmart says people approach him all the time about other Tampa Bay institutions that are no longer around.

“I understand the nostalgia for places like Valencia Gardens and The Kapok Tree, but who knew people felt so strongly about Shells and Rax Roast Beef? Well, get ready to welcome them all back!”, he exclaims while ignoring a spokesperson for Shells shouting, “Hey, we’re still in business!”

In a detailed plan to be implemented over the next five years, all of those places and more will re-open for business, Gonzmart announced Tuesday. “I’m also bringing back the El Goya nightclub, the Tampa Bay Bandits, the Ron and Ron radio program and the Superbar at Wendy’s.”

Longer term reclamation projects include Spaghetti Warehouse, Tampa Pitcher Show and Woolworth’s with a segregated lunch counter. “I’m not really excited about that last one but certain people really seem to want it,” says Gonzmart.