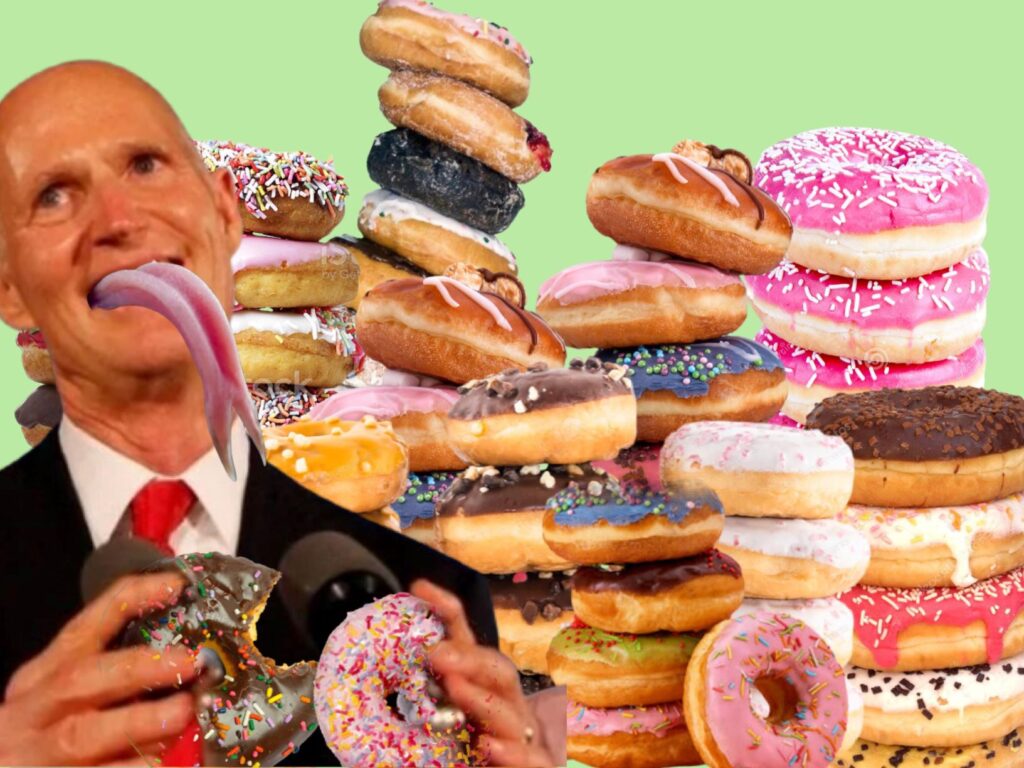 U.S. Senator and former Governor of Florida Rick Scott took time out from his busy daily agenda of pandering to his base by constantly Tweeting his disdain for President Joe Biden to pander to his base about his love for donuts on National Donut Day 2021 earlier today.

As his loyal followers ignored the fact that he was bragging about how he once opened a lard dispensary/sweatshop to get his mother off her lazy ass and obliged him with replies like “Chocolate honey dipped” and “Long john with bacon and maple syrup on top” and numerous references to “My favorite donut is the one that does not commit Medicare fraud”, he was busy registering himself on his phone’s Dunkin’ Donuts app under several different aliases made from all possible combinations of the names Rick, Rich, Dick, Nick, Scott, Scot, Skott, Schott, Snott and others in order to get as many of the free donuts being offered by the chain of donut shops to celebrate the annual occasion as possible.

By 4 PM, approximately two hours later, he had amassed over 300 million donuts and 53 Dunkin’ Donuts locations between Tampa, St. Petersburg and Clearwater are now permanently out of business.

“It’s a shame that the economic policies of President Biden have removed any incentive for people to want to work”, he said as he used his disturbingly long reptile tongue to lick up the chocolate frosting and rainbow sprinkles that he had somehow gotten on the part of his head where human beings have eyebrows.