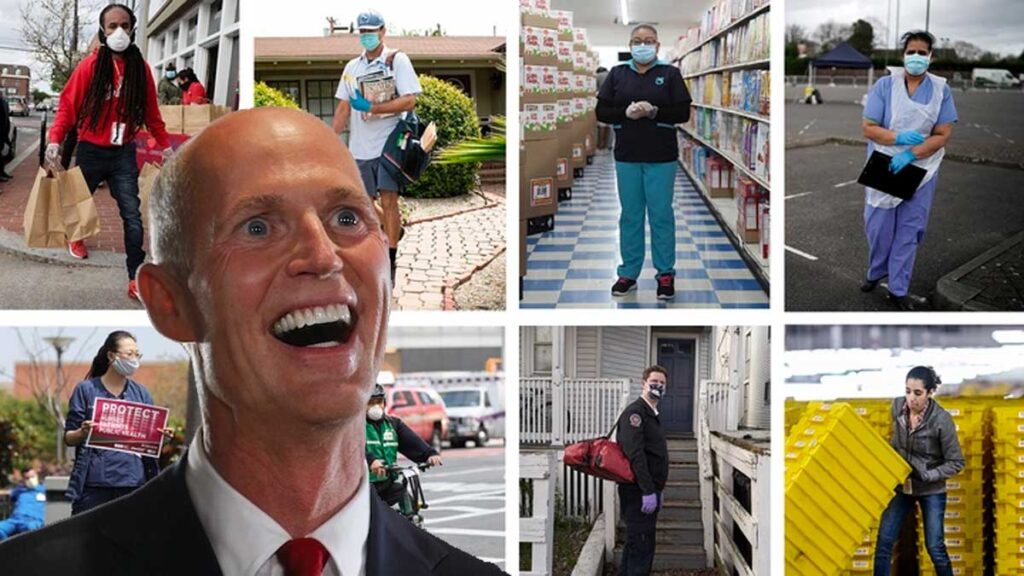 As part of a comprehensive package to take care of essential workers in the state of Florida, Senator Rick Scott promises to personally consume the decomposed bodies of any essential worker that dies while fighting COVID-19.

“I’ll eat that shit whole,” said Senator Rick Scott. “If you are a Floridian, and you are dying, call me. I will come to your house and swallow you whole using my unhinged jaw technique.”

Scott then explained that he gradually increased his consumption from small semen samples to full grown adult bodies.

“I’m not dead yet, and my eyes are up here,” I said to Scott, who was looking like he wanted to consume my still alive body.

“Are you though,” Scott said while showing me my reflection in the mirror in his office.

I gasped as I saw my flesh rotting on my undead corpse. Rick Scott then creeped up behind me, putting his hands on my shoulders and slowly massaging me.

“You see, you’re not here to interview me. You’re here because I’m hungry…” Scott said before unveiling his fangs and plunging them deep into my neck.

I convulsed and became paralyzed, unable to move as Scott unhinged his jaw and swallowed me whole. I traversed his innards and met a small Mexican boy who had been living there for almost two years.

“His poison did not affect me and I was able to escape the inner valve where the digestion occurs mister,” said the small Mexican boy. “If I rescue you will you be my friend and help me out of this place?”

I told the boy that inside Rick Scott is probably safer than the outside world. He then cried while longing for freedom. I attempted to comfort him but the small Mexican boy retreated leaving me to continue my descent into the inner valve.

As of this writing I have been fully digested, my body has been returned to the soil and my spirit has continued to the next phase of life.