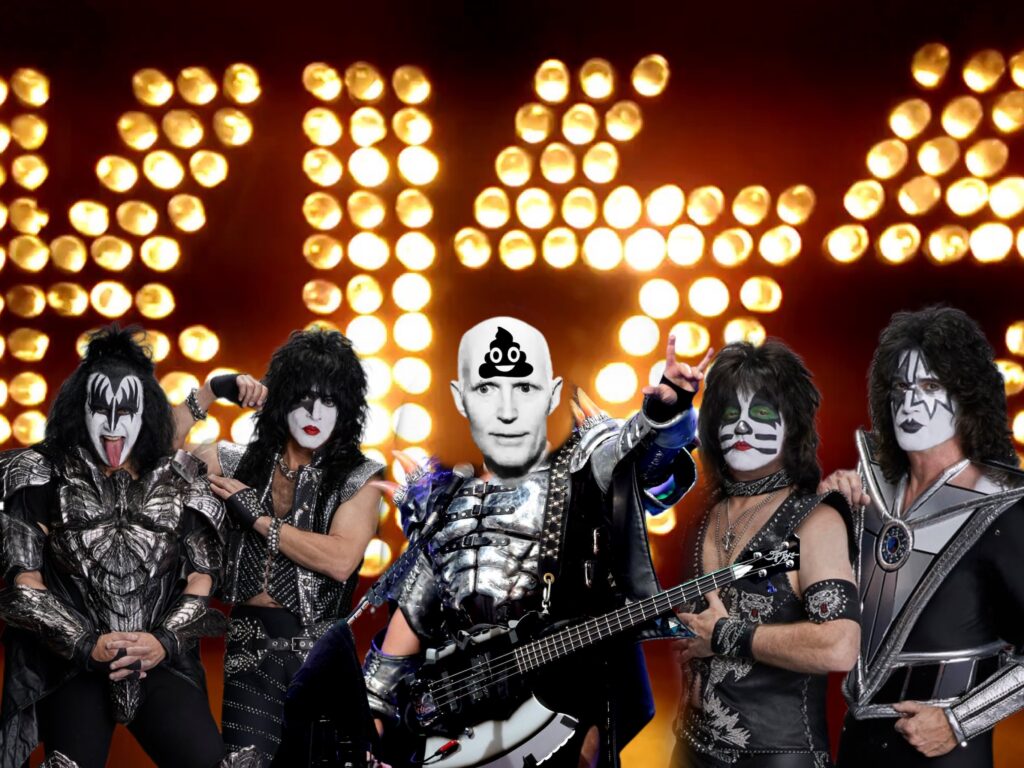 KISS fans who saw the band’s recent performance at the MIDFLORIDA Credit Union Amphitheatre a couple of weeks ago were treated to a rare occurrence; original founding member Florida Senator Rick Scott joined the band for a few numbers for the first time since the 1970’s.

“It was a big surprise to see Rick here tonight. It’s been a long time,” said bassist Gene Simmons. “Not long enough, if I’m being honest.”

“We owe Rick a huge debt of gratitude. It was really his idea to combine scary theatrics and aggressive, non-sensical bombast to create a new genre of entertainment,” said lead singer Paul Stanley. “Obviously he’s taken it way too far. That’s why we had to kick him out.”

“Yeah, we may dress like demons, breathe fire and spit blood but we’re not actual monsters,” added Simmons. “Like Rick,” said Simmons and Stanley simultaneously.

The senator walked on stage unannounced to perform three previously unreleased songs from the band’s early days: “Getaway (With Medicare Fraud)”, “Tonight You Belong To Me, $300 Million In Stolen Medicare Funds” and “Nothin’ To Lose (Except $1.7 Billion In Medicare Fraud Fines)” as well as a new song written by Scott, “F*** Biden”, which consisted of Scott, solo and a capella, screaming “FUCK JOE BIDEN!” over and over until he was forcibly removed by security.