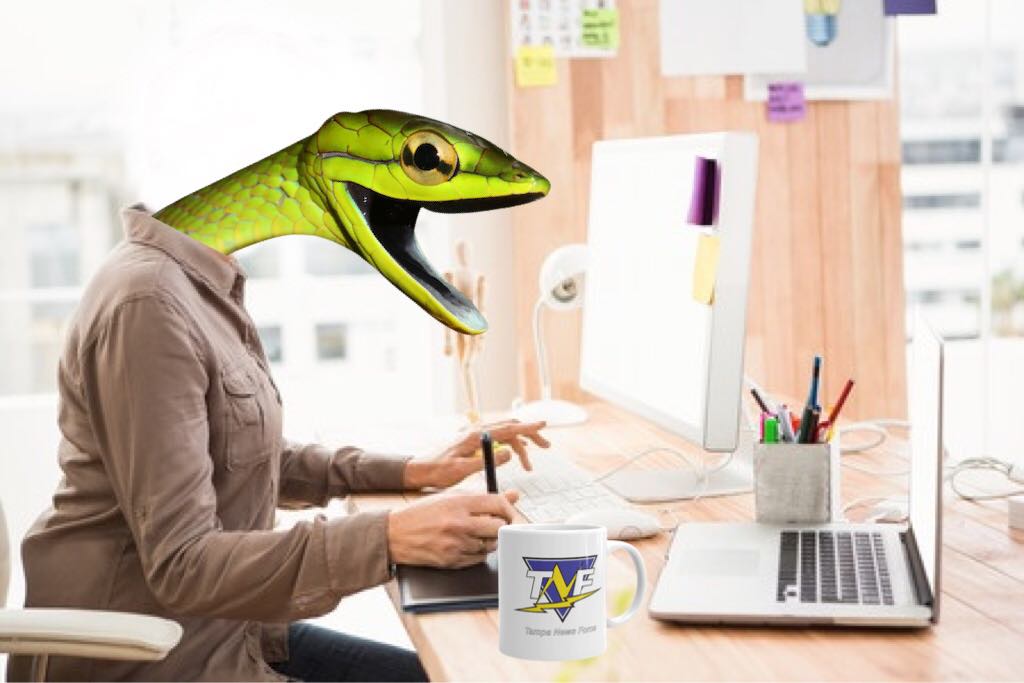 An editor who was recently relieved of duties with Tampa News Force (TNF) is bringing a lawsuit against the organization, alleging they were terminated due to discriminatory practices.

“That is patently false,” said Gunther Feindselige-Umgebung, Vice President of Human Resource Operations. “This decision was made entirely due to substandard work performance, nothing more, nothing less. It has nothing whatsoever to do with the staff member in question being a snake person.”

The former employee in question is Susan Crawley and she is an actual snake woman.

“Oh, come on. I think we know the truth,” she said. “I mean, look at me. Now look at them. The prejudice is clear and evident.”

Crawley who graduated from the University of Snakes Studying at South Florida (USSSF) last spring with twin bachelor’s degrees, in Journalism and Creative Writing, only worked for TNF for two months before being informed that her services were no longer needed.

TNF provided a sample of Crawley’s work, with edits made to a piece submitted by another writer that was published this past May but had to be pulled and re-edited and published again later…

“Oh yeah, the sss thing. Okay, I can sssee how that could be problematic if mossst of your readersss aren’t at leassst part-sssnake,” said Crawley, upon reviewing her own work. “I thought they fired me becaussse I’m a woman. Well, never mind then, I guessssss.”